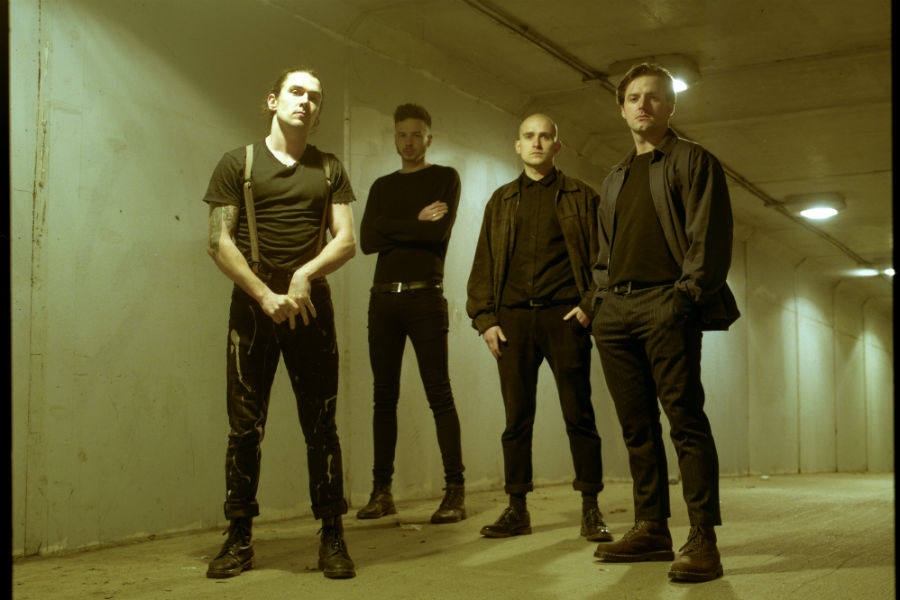 Gypsies on the Autobahn are back and ready to release their sophomore album ‘SUSPENDED’ om 28th June.

The four-piece is comprised of brothers, lead singer James and drummer Dan Smith, guitarist Niall Mooney, and Gary Quinn on bass. After processing their first outing 2017’s ‘Born Brief’, a record ten years in the making, its evident that they have arrived at a point in their lives where they not only know the music they want to make but also they know themselves more than they ever did before. Freed up from the pressure of introducing where they came from on their debut, ‘SUSPENDED’ brings with it a more mature sound and central theme of hope born from moments of struggle.

Talking about writing the record, James said he had always previously found it necessary to try to use his lyrics to speak to someone else. However when it came to moving forward he found that familiar process transitioning into one that delivered lyrics he identified as him searching for hope for himself. It’s that intimacy and insular dialogue that deliver’s ‘SUSPENDED’’s big emotional punch and creates inevitable internal conversations for the listener because everyone can relate to them on a deeply personal level.

While they admit they write songs in what might be considered a backwards way, music first and lyrics second, its easy to see that it is born from an understanding between four young men who have been creating together for over a decade. This understanding allows them to continually bring each other outside of their comfort zones. A lack of fear in suggesting things that might on the surface level sound unorthodox, ultimately delivers moments of glory that give this sophomore record brand new life. Being so close for so long doesn’t come without conflict, yet even as tensions rose and a battle between their own aggressions and sensitivities reared its head, all it did was create a raw environment where only candour could exist.

Teaming up with producer Ciaran Bradshaw, ‘SUSPENDED’ glues together seamlessly but is never afraid to go places the previous track hasn’t, providing big guitar moments that meet at a crossroads with the slower piano driven junctures like the record’s heartbreaking first single ‘Make You Mine’. You can’t help but feel that Gypsies on the Autobahn aren’t just wanted by those who listen to them, they are needed. Four men unafraid to be vulnerable in a society where that so rarely transpires. A voice for everyday people who carry real tragedy but can’t help but move forward with an infinite hope for the future.