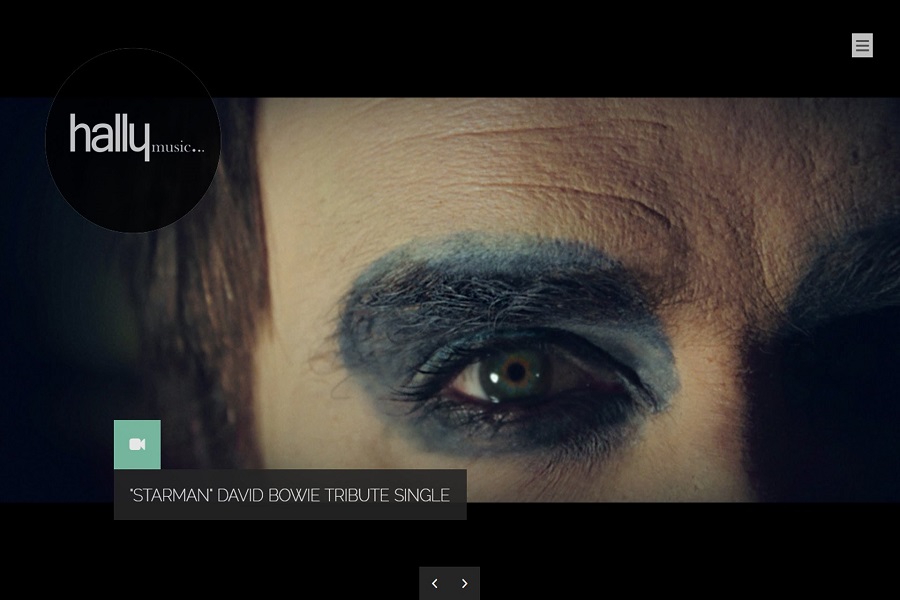 Following the passing of David Bowie, musician and producer, Hally, was moved to record his rendition of “Starman”. He slowed it down and stripped the song back to just a vocal and piano. Other instrumentation was added including a cello performance by Vyvienne Long and backing vocals by Saoirse Casey. hally composed his own personal tribute to Bowie in the outro section quoting the names of many of his classic songs and molding them into lyrics. The music video is an intimate portrayal of a man attempting to replicate the face makeup wore by Bowie in the “Life on Mars” video.

The “Starman music” video can be viewed from the 7th April 2016 on hally’s website, YouTube and The Irish Cancer Society website. A digital download can be purchased via the website and will also be available in all well known online music stores over the coming days.

100% of all sales of the single will be donated to The Irish Cancer Society. Everybody involved in the production of this Single & video have given freely of their time.

hally is an independent musician and producer working from his studio in County Kildare, Ireland. Later this year he will be releasing a body of work called “Peeling Onions”, a four volume album of eclectic songs, beatnik rants, sound landscapes, orchestral movements and raging jazz standards. He will release a song every week for 52 weeks. hally is currently producing an album with Saoirse Casey which is due for release in August 2016.