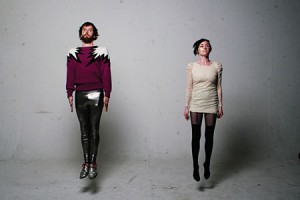 Hamsandwich will perform a live and acoustic set on Wednesday 13th of March at 1pm, Eyre Square, Galway to mark the launch of the Discover Ireland 2013 Campaign.

With 2013 being the year of The Gathering, this year’s Discover Ireland campaign aims to encourage Irish people to get out there and discover all that Ireland has to offer, highlighting the extensive menu of fun, feasts and festivals taking place this year, as well as all of the great value accommodation and special offers.

Hamsandwich will perform Models live and acoustic along with a number of other tracks from their critically acclaimed album White Fox . The County Meath Irish Rock band, consisting of Niamh Farrell, Podge McNamee, D’Arcy, Ollie Murphy, David McEnroe, Niall Cullinane, and featuring special guest Sarah Lynch on violin continues to go from strength to strength with 2013 shaping up to be an even bigger year for the band.

Niamh Farrell of Ham Sandwich commented, “We are thrilled that Models has been selected as the official track of the new DiscoverIreland.ie 2013 Campaign. As a band we are lucky to have an opportunity to travel across Ireland and to see all the exciting destinations it has to offer and are proud and delighted to be part of the new 2013 Discover Ireland campaign.”