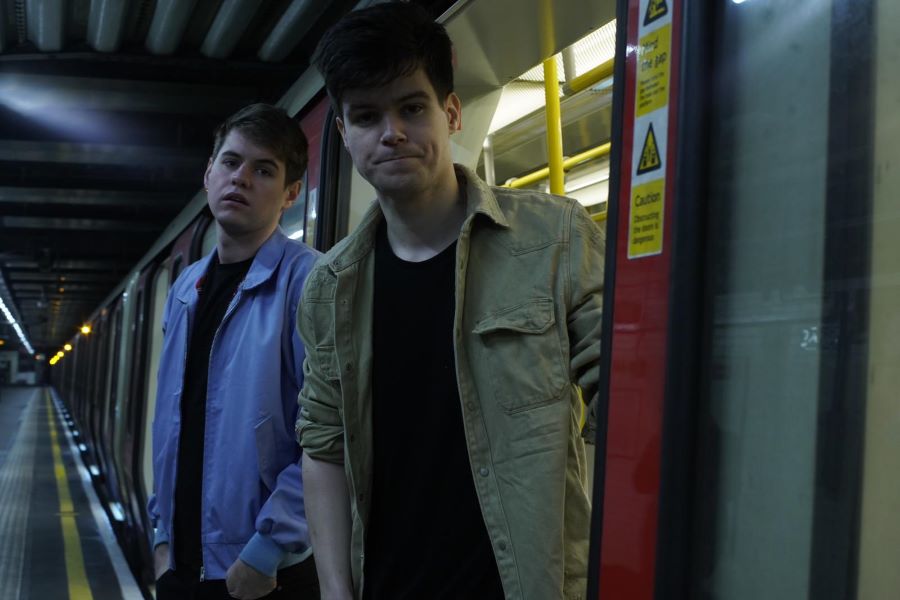 Like the rest of the planet, when the members of Dublin band HAWKE that are Richard Power & Eoghan Mac Mahon found out that life was going to be different for quite a while – they didn’t know what to do with themselves. So they resolved to create their most experimental project to date. Faced with the reality of the evaporation of every live gig in the books, and with newfound time on their hands, they diverted their energy into creating a 5 track audio diary to record a living sonic memory of the strange times we inhabit.

The COVID Diary’s 5 tracks bring the listener on an auditory journey, featuring various voice notes received by the band from their friends, family & followers, carefully weaved through instrumentals that seek to capture the air of an unprecedented age, as well as the inclusion of two previously unreleased tracks (recorded with London/Italian based producers Marco Rinaldi & Antonio Esposito) that pushed their way to the fore by the apt nature of their relevance to the global pandemic.

Hailed as “the next big thing” and “ones to watch” by Irish rock legends Aslan, ‘HAWKE’ are a band formed in March 2019 behind the Guinness brewery in Dublin’s south inner city.

The first track from their London sessions ‘What About Love’, was subsequently chosen out of 500 other artists entries in a publicly announced competition to support Aslan in Dublin’s 6000 capacity Iveagh Gardens, and following in the footsteps of artists such as Gavin James and Damien Dempsey, they opened for Aslan on July 13th 2019.

Hawke made their debut UK performance at Hit the North festival in England’s North East in May 2019, alongside the likes of Tom Grennan and Jake Bugg. For this young Dublin band, the journey is just beginning.

The COVID Diary releases Friday 19th June 2020, and HAWKE’s next Dublin gig is October 17th 2020 at The Underground Venue.