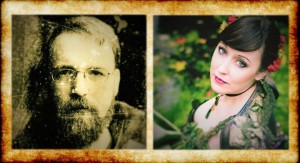 ABOUT HELENA:
From Kilkenny, now based in Dublin, HELENA has been performing since she was knee high to a guitar. As a singer/songwriter Helena has performed extensively throughout Europe and the USA. She has been a support act for James Taylor, Katie Melua and Bob Geldof at the Source Festival, Kilkenny and was also a third place winner in the 2fm Young Songwriter’s Contest with her song ‘Happenin’. She has performed as a session vocalist for both Rónán and Colm Ó Snodaigh, founding members of Irish group, Kila and most recently collaborated with Rónán, who features on her debut album ‘CEOL’. Following the release of ‘Ceol’, Helena is currently writing new material for her next album, which she is set to begin recording in 2016.

Enda Reilly is a singer, guitarist and songwriter from Dublin whose projects include New Songs In Irish, his Climate Change Songs Workshops, Arise and Go! a collaboration with poet Stephen James Smith. He has also composed music for and performed in a poetic play Everlasting Voices with Guthanna Binne Síoraí, which has taken them to India and Japan. Enda is a former winner of the Christie Hennessy Song Competition, Comórtas Amhráin Rónán Beo @3 and has represented Ireland with songs in minority language song competitions. He has played concerts with John Spillane, Kila, Liam O Maonlai and Rónán O Snodaigh amongst others.