Hermitage Green Release ‘By The Glow Of The Kerosene Light’ 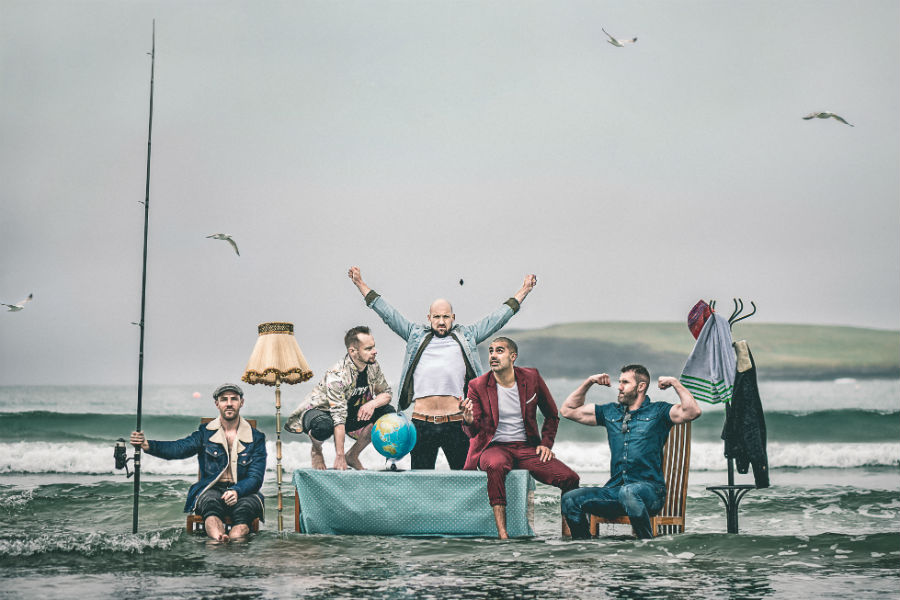 Following the release of the critically acclaimed single ‘All In All’ and in the midst of their ongoing tour, Hermitage Green is happy to announce the release of ‘By The Glow Of The Kerosene Light’, a festive treat for their fans.

Originally written by Canadian folk singer Wince Coles, and made more famous by Canadian outfit The Once, ‘By The Glow of the Kerosene Light’ is a song that Hermitage Green have covered in their live sets throughout their career, but have now finally got around to releasing it.

Barry from Hermitage Green says of the track…

“We first heard this song in Vancouver in 2014 on St Patrick’s day which as everyone knows is always a wild, loud and chaotic day all over the world and this was no different. The pubs were overflowing onto the streets with people celebrating all things Irish and we remember ducking out of the madness into the Rio Theatre on Grant Street , we stood at the back of the room where a band called the once were mid set. They were introducing a song called ‘By The Glow Of The Kerosene Light’. The song washed over us like a wave. It was as if you were watching the story of someone’s entire life unfolding in front of your eyes. Ever since that moment we have always loved playing and singing those words. We decided to play it in the crowd one night at a gig in Connolly’s of Leap and it was pretty clear from that moment it was going to be a special song for us and the people who came to our gigs. Every single night since then that we have sang it, something has happened. We have experienced every emotion from happiness to sadness, rousing cheers to hilarious laughter. Each one special and unique in its own way. When we went to record the song we knew capturing some of the magic that we had with our audiences and our producer Phil was aware of its delicacy from the start. He took a demo Barry had recorded in our studio one night alone and put it through a filter that created an airy drone which is basically like a bed of ambience that swirls around throughout the recording and is most prominent in the last verse when all vocals and instruments drop out. This was a wonderful piece of engineering that created the most perfect atmosphere in the studio. The essence of the song is in the words and we hope we do it justice and listeners will enjoy hearing us sing tell the story as much as we did when we first heard it.”

Hermitage Green has been touring sold-out shows right across the globe, entertaining fans with their epic performance and irresistible stage presence throughout the Middle East, Australia, North America, United Kingdom and Ireland. Selling out iconic music venues, most recently selling out The Olympia Theatre in Dublin, and five shows in four days at St Luke’s In Cork, and performing for thousands of people at some of the biggest festivals, this five piece folk-rock band has had the chance to share the stage with incredible artists such as Lewis Capaldi, Bastille, Two Door Cinema Club, Tom Odell, Gavin James, Sigrid, The Trews and others. Their latest EP, ‘Gold & Rust’, was produced by Grammy award winner Matt Lawrence (Adele, Amy Winehouse, Mumford & Sons) in the world renowned Rockfield Studios in Wales where Hermitage Green’s new recordings share company with the likes of Queen, Robert Plant and many others.