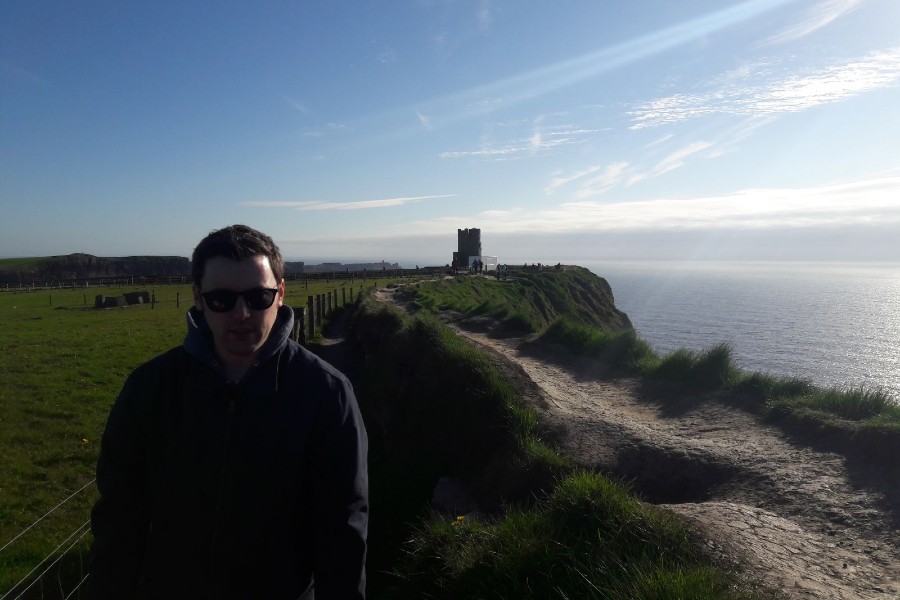 On Friday 22nd of May, Hey Jigsaw released the debut album ‘Who’s Your Dark Master?’.

The opening song ‘Where Do You Wanna Go’ is an energetic, melodic track about discovering places, shared experiences and finding out what really matters in life. It seems to have an extra powerful resonance in these particular times. Featuring Dave Prendergast of the Glimmermen on trumpet and Niamh Buckley on backing vocals ‘Where Do You Wanna Go’ evokes (what seem like distant) feelings of summertime and adventure.

‘Where Do You Wanna Go’ was released as a single on Friday the 15th of May with an accompanying video.

“Featuring Dave Prendergast on trumpet and Niamh Buckley on backing vocals, ‘Where Do You Wanna Go’ recalls the discordant melodicism of Les Savy Fav or Q And Not U. It’s difficult to avoid every cliche of this trying time, so if you’ll indulge us, the video and song’s unified sense of bittersweet widescreen escapism is exactly what we could be doing with.” The Thin Air.

The album contains ten more knotted gems of interlocking melodic guitar patterns and nostalgic vocals, where the influence of the San Diego post-rock and indie scenes are sprinkled with vigour. It flows with ease from the up-tempo rock sounds of ‘Made It On Us’ and ‘Gettin’ Out’ (featuring guest vocals from Ciarán Smithof Crayonsmith and Conor Deasy of Tomorrows respectively) to the silky downbeat ‘Another G & T’ without skipping a beat.

​“‘Who’s Your Dark Master?’ relates to the idea that we all have our vices, some worse than others. However, more specifically it relates to tracks on the album that deal with political ideology, power and inequality; for example, the second track ‘Made It On Us’ which deals with the financial crash and austerity. Other songs deal with similar themes.”

As an album, ‘Who’s Your Dark Master?’ displays several different sides over its duration, combining guitar lines that would not be out of place in bands like the Redneck Manifesto, with the catchy song structure of The Cars.