What a journey 2012 has been for Hogan so far….from performing at a GermanS.E.X. CLUBfor Berlin Fashion Week to touring around China the boys from the midlands are now getting set for the release of their next single, the up tempo & very radio friendly ‘NO! NO! NO!’ out on our new label Collective Management via Warner Music Ireland. 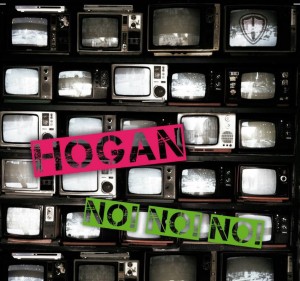 Hogan also recently completed a 10-date tour in Germany, taking in most of the early festivals in East Germany, and some of Bavaria. The highlight of that particular tour was the “Mai City Festival” in Fassberg where they headlined before a crowd of about 7000 people.Currently working on their 2nd album, Hogan also toured in Ireland with good friend Bressie earlier this summer before heading to China to play at Beijing ‘Pop Festival’. The band also received an invitation to perform at “The Strawberry Festival’, Northern China’s largest music festival. Hogan played to an audience of 130,000 mid afternoon!

In parallel to working on the new album Hogan is also planning a tour of Asia for later this year. The band will travel to Vietnam, Thailand and Cambodia.

‘NO NO NO’ was recorded at Modern World Studios with Greg Haver producing (Manic Street Preachers, Lost Prophets, Super Furry Animals and many more). HOGAN is a band that is constantly evolving music wise & quite clearly not keen on staying in one place for too long or said in another way….LOVE touring.