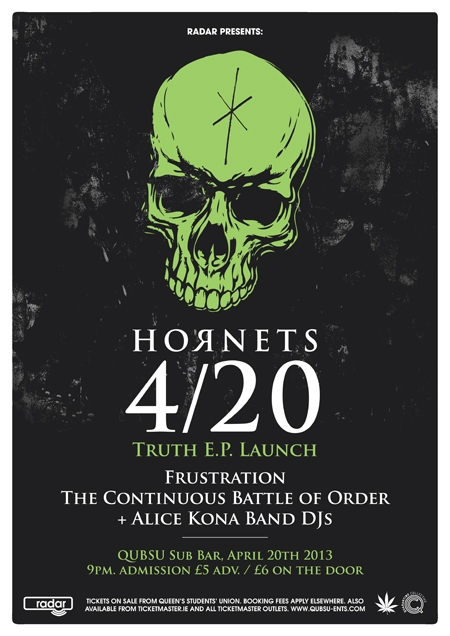 Following on from the debut release of single “Mission Statement”, Hornets kick into 2013 with the release of their EP “Truth”, once again released by the Quarantine Collective label.

The EP will be launched on 20th April at QUBSU Sub Bar, Belfast with support on the night from The Continuous Battle of Order and Alice Kona Band DJs.

You can check out Hornets live over the coming weeks at the following venues: