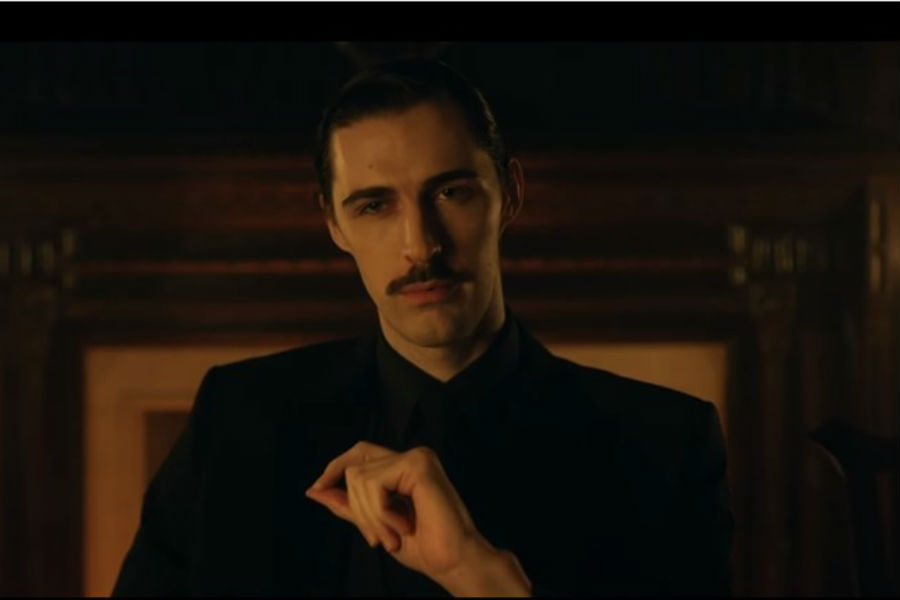 Hozier has today shared the video for ‘Dinner & Diatribes’, taken from his new album ‘Wasteland, Baby!’ The video features actress Anya Taylor-Joy, best known for her roles in the films ‘The Witch’, ‘Split’ and ‘Glass’ and was directed by Anthony Byrne. His credits include Darkness, Peaky Blinders and Ripper Street.

Of the track ‘Dinner & Diatribes’, Hozier says “This was a fun track to write. I had the riff for it for a long time, a riff that I hadn’t written anything for. The lyrics lament boring company and focuses on the places you just want to leave.”

Released last Friday, Hozier’s new album ‘Wasteland, Baby!’ is set to debut at the top of the Irish Album Chart this Friday. The album was recorded between studios in Dublin, London and the US (Chicago, Los Angeles) and was co-produced by Hozier, Markus Dravs, Rob Kirwan, and Ariel Rechtshaid.

‘Almost’ remains the current focus single and has already been streamed on Spotify over 23 Million times. Hozier is currently in New York where he performed the single on The Late Show with Stephen Colbert. Check out the stunning performance here:

‘Wasteland, Baby!’ is the follow up to Hozier’s critically acclaimed self–titled debut album, which has now amassed over 2.1 billion streams on Spotify alone, while his total, global Spotify Playlist reach currently sits at over 71 million. The album has sold over 155 thousand copies in Ireland, awarding it a staggering x10 times platinum certification, while the record has sold 4 million copies worldwide.

Hozier plays a headline show at Irish Independent Park in Cork on June 25th and Belsonic, Belfast on June 27th. Tickets are available now through www.ticketmaster.ie