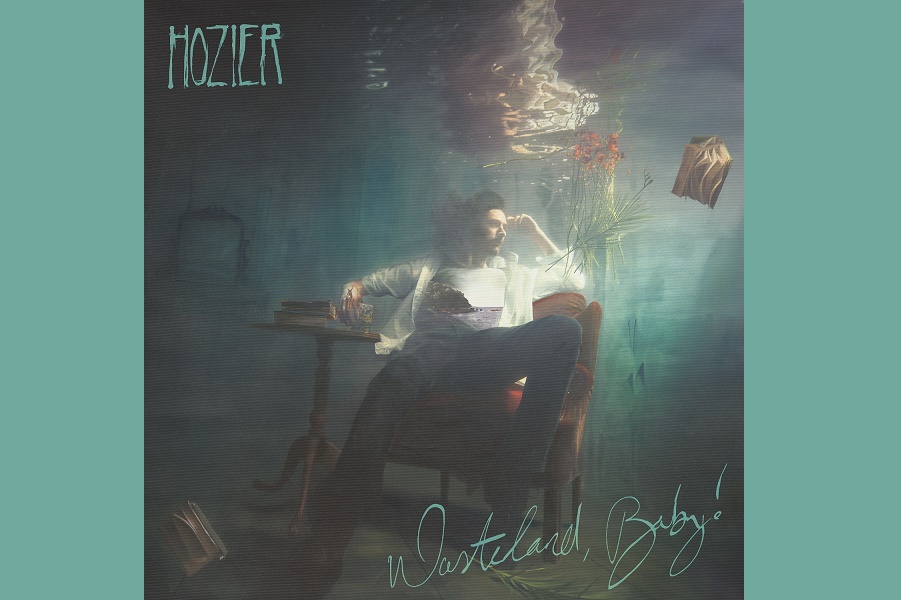 The new album, ‘Wasteland, Baby!’, was recorded between studios in Dublin, London and the US (Chicago, Los Angeles). Co-produced by Hozier, Markus Dravs, Rob Kirwan, and Ariel Rechtshaid, the album’s 14 tracks mark a major development in terms of song writing and subject matter.

It is no small measure of his stature as a songwriter and performer who is intuitively inspired by blues, soul and gospel music that he is joined on the album by era-defining artists such as Mavis Staples (on ‘Nina Cried Power’ – “the spirit of the song draws from the era that Mavis sang the soundtrack for”) and Booker T. Jones on no less than five tracks – ‘Nina Cries Power’, ‘Almost (Sweet Music)’, ‘Movement’, ‘Be’, and ‘Sunlight’.

Current single ‘Almost’ has already notched up over 18 million streams on Spotify since its release in January and has been added to some of the biggest global playlists including Today’s Top Hits and Hot Hits UK.

The artwork for the album was created by Hozier’s mother, the artist Raine Hozier-Byrne, who also created the artwork for his debut album. Using backdrop photographs taken in Loftus Hall, Co. Wexford, the image was photographed and painted in Raine’s studio in Wicklow. For a  further look into the making of the artwork, watch the Behind The Album Cover video here.

‘Wasteland, Baby!’ is the follow up to Hozier’s critically acclaimed self–titled debut album, which has now amassed over 2.1 billion streams on Spotify alone, while his total, global Spotify Playlist reach currently sits at over 71 million. The album has sold over 155 thousand copies in Ireland, awarding it a staggering x10 times platinum certification, while the record has sold 4 million copies worldwide.

‘Wasteland, Baby!’, a first-class collection of songs that blend intimacy and inspiration, desire and frustration, warmth and seduction, is released today through Island Records/Rubyworks.

Hozier plays a headline show at Irish Independent Park in Cork on June 25th and Belsonic, Belfast on June 27th. Tickets are available now through www.ticketmaster.ie