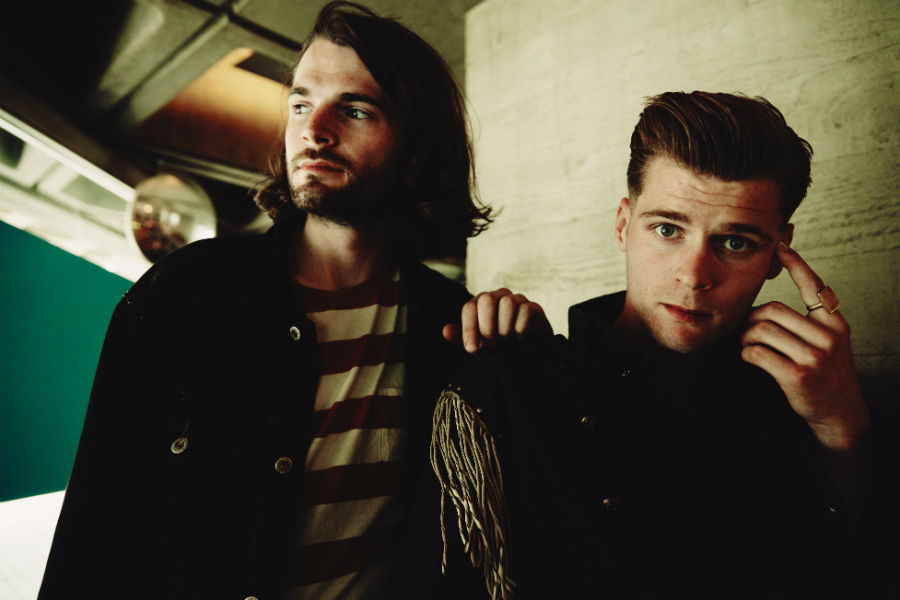 Five years since the release of their debut album, Irish brothers Harry and Alfie Hudson-Taylor are proud to confirm the details for their second long-player to be released on Friday 28th February.

“This record has taken us three years to make, working on it has brought us all over the world and capturing it all has been so much fun. It’s the sounds of Seattle, Nashville, New York City and our home town Dublin all in one album.” – Harry and Alfie.

The brothers’ first album – ‘Singing For Strangers’ – featured the hit singles ‘Battles’, ‘Chasing Rubies’ and ‘Weapons’, and they spent two years on the road in Ireland, the UK and Europe promoting the release. Hudson Taylor announced their return in spring 2018 with ‘Feel It Again’, which went on to be one of the biggest Irish airplay hits of that year, which was followed up by another airwaves anthem in the shape of ‘Run With Me’. Hudson Taylor toured extensively both at home and in Europe and the USA in support of the ‘Feel It Again’ EP and the ‘Bear Creek To Dame Street’ mini-album, a part-studio / part-live document which featured highlights from a triumphant sold-out show at Dublin’s Olympia Theatre.

Harry and Alfie – “some of the songs came easy and others took years to finish writing. There are stories about our travels and the last decade of making music together, and also about love, loss, family, friendship and everyday life.”

“The title ‘Loving Everywhere I Go’ is a line from one of our songs, it’s about embracing the fresh possibilities that life offers you, and being open-minded to new sounds, people and places.”

The album was recorded in America and Dublin, with producer John Rausch at the controls for much of the creative process, “John is a super-genius and now a dear friend,” add Harry and Alfie.

“We have never been happier with the sound and production of our songs, and we are delighted to be getting then out into the world and releasing our second full-length album!”

‘Loving Everywhere I Go’ will be released on limited-edition coloured vinyl, CD and streaming services on Rubyworks on Friday 28th February 2020.

Fans can pre-order the album now at hudsontaylormusic.com

The brothers have also got their hands on some cool, limited-edition 7″ vinyl singles for their new festive bop ‘How I Know It’s Christmas’.

Be one of the first 500 to pre-order it as part of an album bundle and we’ll post out the Christmas 7″ together with an exclusive, signed Christmas card before Santa comes!