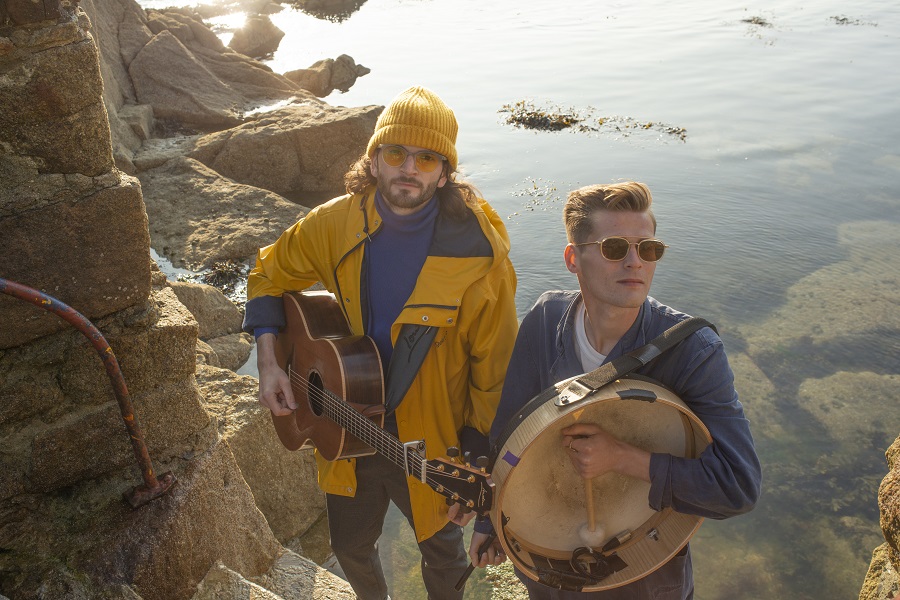 Harry and Alfie Hudson-Taylor are excited to release their brand new single – ‘Back To You’ – ahead of a fresh Irish tour for October and beyond.

Watch the video for ‘Back To You’ here. Filmed in a variety of Dublin and Wicklow’s best known spots including The Forty Foot, The Harbour Bar, Bray and Dalkey Island, the video captures Hudson Taylor and a band of friends making the very best of a day out in Ireland.

Currently in the studio with Grammy-nominated US producer John Rausch – best known for his work with Taylor Swift and Birdy – Harry and Alfie are putting the finishing touches to their long-awaited second album, which will be released on Rubyworks early next year.

Harry and Alfie say about their new single: “‘Back To You’ is a song about an unstoppable connection to someone or something, even though it breaks your heart to go there. The song came together very quickly – we wanted to write something simple and fun.”

To celebrate the release of ‘Back To You’, Hudson Taylor will be back on the road for a new Irish tour in the Autumn, and they will return to Whelan’s, the scene of their unforgettable festive residency in 2018.

Harry and Alfie add: “We are thrilled to be back on tour around Ireland, and can’t wait to meet fans both old and new. Christmas week at Whelan’s is going to be a big party.”

2018 was a big year for Hudson Taylor. The brothers released the ‘Feel It Again’ 5-track EP in the spring, which delivered two huge airplay hits in the shape of ‘Feel It Again’ and ‘Run With Me’, and has gone on to enjoy over 14.5 million streams on Spotify. They followed this with an 8-track mini-album called ‘Bear Creek To Dame Street’, which brought together more new tracks produced in Seattle by Ryan Hadlock, best known for his work with The Lumineers and Vance Joy, and some of their best loved older songs, captured live in concert at a sold-out concert at Dublin’s Olympia Theatre.

Hudson Taylor kicked off 2019 with a successful US headline tour, which also took in TV appearances in Nashville and Chicago and sessions for Audiotree and Digital Tour Bus.

‘Back To You’ is released by Rubyworks on Friday 6th September.