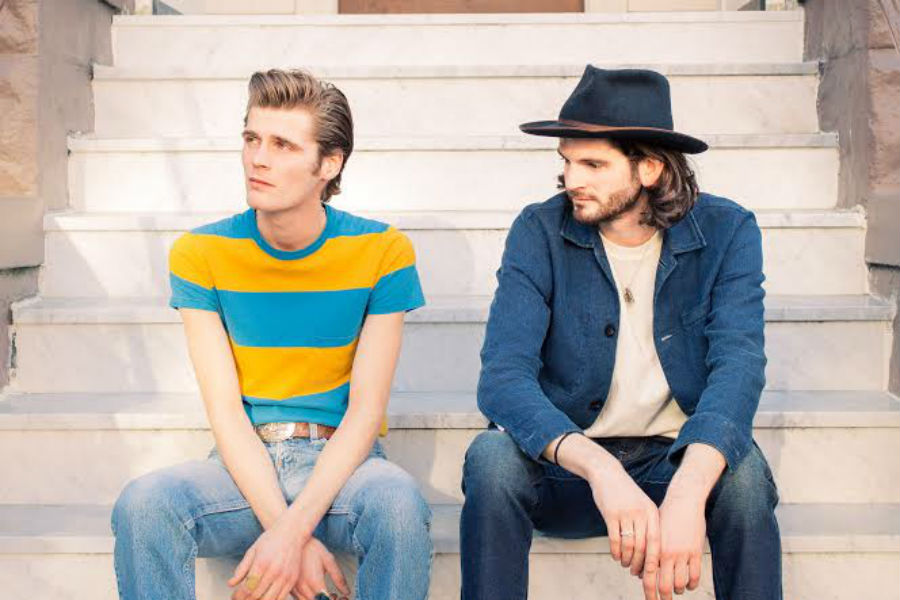 Following on from an exciting summer festival season, brothers Harry and Alfie Hudson-Taylor are getting ready for their busiest autumn so far, with the release of brand new music and an extensive touring schedule that will take in North America, Europe and Ireland.

The ‘Feel It Again’ EP, which was released in March, has enjoyed over ten million plays on streaming platforms, and gave Hudson Taylor another huge Irish radio-smash in the shape of ‘Run With Me’. The brothers have been touring up a storm on European festival circuit all summer, including Leeds / Reading (UK), Jelling (DK), Isle Of Wight (UK), Barn On The Farm (UK), Latitude (UK), TRNSMT (UK), Benicassim (Spain), Huntenpop (NL), A Summer’s Tale (D), Leefest (UK) and Standon Calling (UK). Not forgetting key UK high-profile supports with Bastille and George Ezra.

‘One In A Million’ and ‘You Don’t Wanna Know’ are the first tasters for Hudson Taylor’s new studio/live mini-album. Entitled ‘Bear Creek To Dame Street’, the collection brings together new songs recorded at Bear Creek studios in Seattle with producer Ryan Hadlock (Lumineers, Vance Joy) with a live quartet of Hudson Taylor classics, recorded in concert at their sold-out Olympia Theatre show on Dublin’s Dame Street earlier this year.

Harry and Alfie will play at the Electric Picnic on September 1st, before packing their bags again to head off on a huge US tour supporting Hozier (including four headline shows of their own). The North American trek will be quickly followed by a headline tour around Europe and the UK, before coming home for in December a five-night run-up to Christmas residency at Whelan’s in Dublin.

‘One In A Million’ and ‘You Don’t Wanna Know’ are released on Rubyworks on Friday 31st August.