Ian Whitty & The Exchange Announce Double A Side 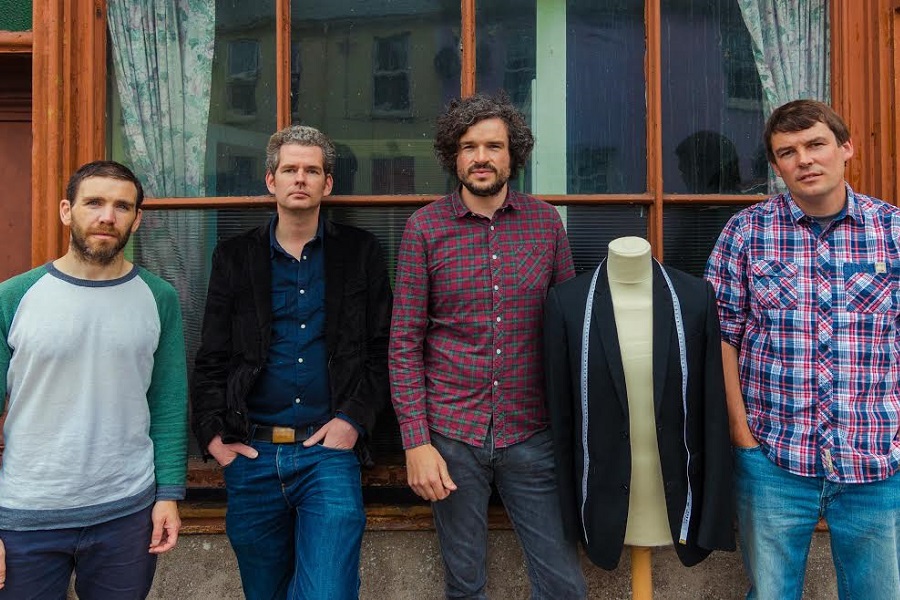 Ian Whitty & The Exchange follow up on the success of their recently released album Cash Crop with the double-A side single ‘Rodeo’ / ‘Tattoo Rings’ released on Friday 5th May. They return to the live circuit after a storming appearance at Quarter Block Party, with a slot at the upcoming Right Here Right Now festival at Cork Opera House April 30.

‘Rodeo’ is a healthy thousand miles from country music yet is a fitting title for a single that unfurls a scathing, rapid-fire commentary on society brimming with witty imagery and intricate anecdotes. On the flip side, ‘Tattoo Rings’ is an inversion to ‘Rodeo’s cynicism where we find a tale of earnest idealised young love spun out over rippling guitar and shimmering piano.

This double-A side is the follow up single to Bottom Line, a song that captured the imagination of Irish media whilst enjoying plenty of daytime airplay on national and regional stations, spending 8 weeks on the RTE Radio 1 recommends playlist. Released at the end of 2016, Cash Crop saw Ian Whitty delve deep into his imagination, drawing stories both personal and reflective to create characters for a body of work that not only reflected Whitty’s experiences up to this point but also Irish society.

“An album of genuine heft….Ian Whitty has the extraordinary gift of writing poignant lyrics, wherein everybody can find a glimpse of themselves.”
8/10 Hot Press Magazine

“Indeed, such is the calibre of ‘Cash Crop’ that it’s bang on the money throughout and leaves absolutely no IOUs whatsoever.”
9/10 Whisperin’ and Hollerin

“Keenly-aware pop with a folkish tinge, with absolutely nothing having been lost during Cash Crop‘s lengthy process.”
Broadsheet.ie