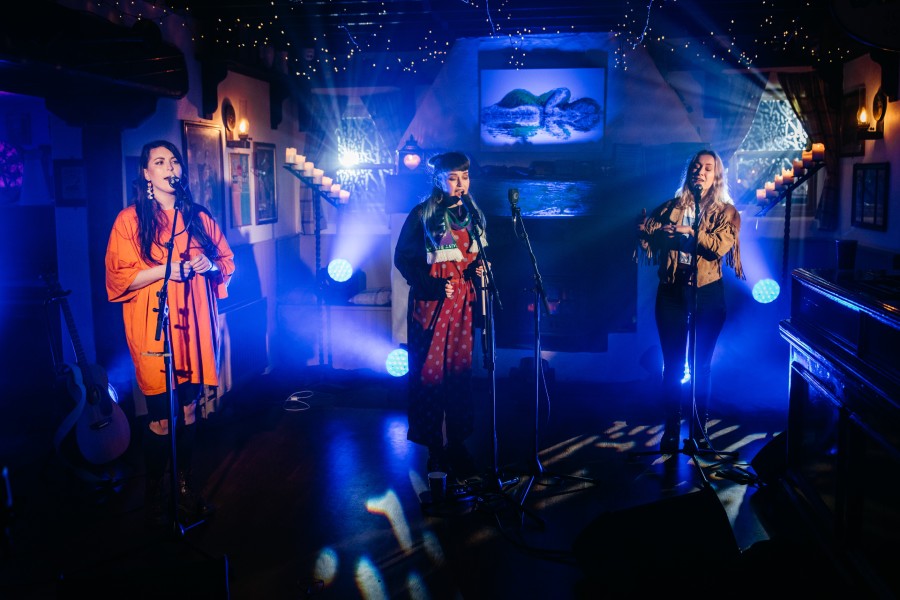 After multiple reschedules and having evolved with the levels from socially distanced live shows to a full broadcast recording, IMBOLC performances were filmed on the shores of Lough Derg at Birdhill and GarryKennedy in early February this year and was part-funded by the Department of Tourism, Culture, Arts, Gaeltacht Sport and Media from the Live Performance Support Scheme.

Over 64 artists and crew worked on the show to present an all-female line up hosted by Maykay in honour of the original female goddess generating 141 days of work.

IMBOLC is a celebration of the pagan period of a rebirth following the dark which began on the 1st February, St. Brigid’s Day.

Speaking about this special event artist Erica Cody said, “We have come so far, endured so much, but we have conquered even more. To me, being a woman is celebrating what we have overcome and what we continue to build and achieve, not only today but every day. To spread love and acknowledge our struggles to ALL our sisters.”

Joining Erica at the event, Emma Langford comments, “More than ever before I feel a connection to the pagan festival of Imbolc this year – a time to burst from the bud, to step out of the darkness of winter and into the Spring, to take ownership of the space around us and draw energy from nature. Ireland needs as much light as it can get right now.”

This Spring, we celebrate rebirth with all-female performances from artists: