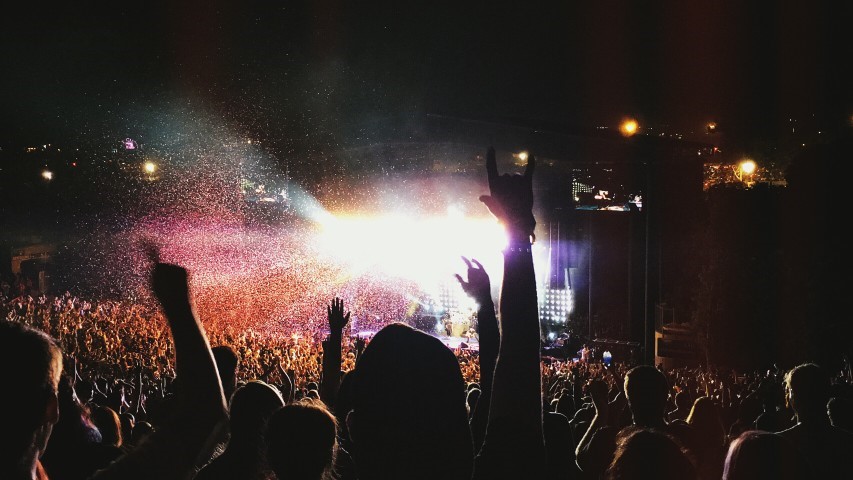 From Whelans to Wisconsin and Beyond. What does it take to break your music into new territories? A panel discussion hosted by IMRO featuring leading Irish and international music industry experts.

In association with Temple Bar Tradfest

Dublin-born Tom Sherlock has worked as a full-time music business professional since 1982 when he began employment with leading Irish folk music label, Claddagh Records. He helped establish Claddagh as one of the world’s largest distributors of traditional music and opened up many new international territories for the label and its artists. During his fifteen years with the label Tom worked as A&R manager and also as production manager. Among the artists he worked closely with were The Chieftains. He also established a retail arm for the company and successfully managed Ireland’s leading folk and roots music record store – which still trades to this day. Since 1997 Tom has worked in music management and event consultancy. He has represented many of the leading Irish traditional music acts among them Altan, Liam O’Flynn, The Poet and the Piper (Seamus Heaney & Liam O’Flynn), The Chieftains, Lankum (Lynched), Karan Casey, Seamus Begley,Usher’s Island, Lunasa, Paddy Glackin and Roisin Elsafty. In recent years he has taken on management of the Danish band, Dreamers Circus. He has wide experience of organizing tours in the USA, Canada, the UK, Ireland, Japan, China, Australia and has worked in most European countries. He works as a programming consultant and advisor to a number of festivals.  A contributor to the respected reference works The Encyclopedia of Ireland and The Companion to Irish Traditional Music, he is an occasional lecturer in music business. In 2012 he was Programme Manager of the North Atlantic Fiddle Festival (NAFCo2012) which ran successfully in Derry/Londonderry  and Donegal. Along with Professor Rionach ui Ogain of University College Dublin he was co-editor of The Otherworld – Music and Song from Irish Tradition – an illustrated book with 2 CDs on Irish music and folklore published by The Folklore Council of Ireland. He recently produced and presented a 6 part radio series entitled “Transmissions” that explored commonalities between various international folk musics – this ran successfully on RTÉ Radio 1.  Previously he served as an advisor to the Irish Arts Council and has also worked in consultancy roles for the Government of Canada, the European Commission, the Department of Foreign Affairs (Ireland), The Ulster Folk and Transport Museum and Danish Roots amongst others. Tom currently serves, as treasurer, on the board of the Irish Traditional Music Archive in Dublin (www.itma.ie) and previously served at board level for Open House Festival in Belfast and the Dublin Folk Festival.

Barry Stapleton has been involved in booking entertainment for Milwaukee Irish Fest for 28 years. Milwaukee Irish Fest hires 100 artists who perform over a 4 day weekend in August. Barry, along with an entertainment committee, oversees all the legal aspects, production, scheduling and logistics at the festival. Barry Stapleton is also the director of the Ward Irish Music Archives in Milwaukee, Wisconsin. Through the archives he has published three CDs, the latest being “Francis O’Neill Cylinders: 32 recordings of Irish Traditional Music in America circa 1904.” Barry has given programs at many conferences in the U.S. and in Ireland. He has organized conferences on Bing Crosby, Irish Music and Celtic Festivals. In 2007 Barry was the local program chair and host for the Association for Recorded Sound Collections, ARSC, national conference in Milwaukee. He has presented at the Library of Congress, Folk Alliance, Hofstra University, Na Piobairi Uilleann, Pipers Club, Dublin, the American Conference for Irish Studies and at the ACIS national and regional conferences.

Lisa is a vibrant and dynamic individual with a passion for great music who serves as the Festival Director and Artistic Director for the world renowned Philadelphia Folk Festival. The annual event features approximately 100 acts on eight stages and and welcomes upwards of 35,000 patrons.  Known to showcase superstars and rising stars alike, the Philadelphia Folk Festival is the seminal music event of the summer. With a love for nonprofit service and leadership, Lisa also serves as the Vice President for the Board of Folk Alliance International and was the president of the Philadelphia Folksong Society for more than eight years. She also loves to use her strategic marketing and branding skills to consult with artists to position them for career growth. Not content to always be behind the scenes, Lisa has also been a member of the Savoy Opera Company performing on stage at the famed Academy of Music in Philadelphia.

Dawn Beaton hails from Mabou, Nova Scotia, Canada and has been involved in Irish dancing and fiddle playing since the age of four. Over the years she has performed at concerts, ceilidhs and festivals all around Cape Breton Island, mainland Nova Scotia, Prince Edward Island, Scotland, Ireland, France, USA, England, Brazil and China. She has featured internationally on television, radio and video productions and has performed in numerous Celtic Colours shows over the years. In 2008, she was chosen as recipient of the Frank Sampson Award, given by the Celtic Colours Volunteer Drive’er Association to up-and-coming performers to help them record their first CD. ‘Taste of Gaelic’, a unique and traditional album that combines both traditional tunes and tunes composed by Dawn and her sister Margie was the result of this award. She went on to win the 2010 East Coast Music Award in the category of Roots/Traditional Album of the Year for Group/Duo. Dawn is now part of an eight-piece dance troupe called Fileanta and performs regularly with that ensemble. If not playing or dancing, she is active within the cultural industries just the same. Dawn is Artistic Director of Celtic Colours Festival. For nine days in October, Cape Breton Island, Canada is alive with music, energy and excitement as people come from far and wide to celebrate its rich culture. From concerts to dances and workshops to community suppers, they offer a full range of events against a gorgeous backdrop of autumn colours.