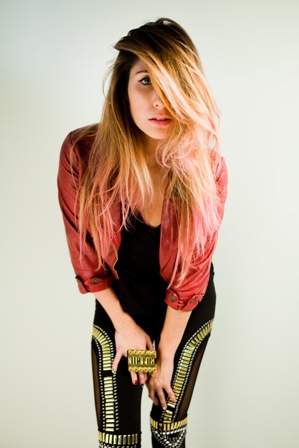 Seminar Date: Monday 21st November
Venue: IMRO, Copyright House, Pembroke Row, Lower
Baggot Street, Dublin 2
Time: 7:00pm – 9:30pm
The Interview section of this event will be conducted by editor at State.ie, Phil Udell.
* IMPORTANT *
If you would like to be in with a chance to attend this event please send an email to ei.ormi@pihsrebmem by Friday 4th November. As the number of places available is strictly limited IMRO will conduct a random draw of names submitted in order to allocate places for this seminar.
Successful applicants will be notified in the second week of November.
An element of this seminar will feature a demo listening session. A number of tracks will be selected during the course of the seminar to be critiqued by RuthAnne. If you would like to have a track of yours considered please bring along a copy of the song in CD format, making sure to clearly mark your name and the name of the track on the CD cover and a please include a typed or clearly written copy of the song lyrics.
Biography
Based between London and LA, Irish-born artist RuthAnne draws on the distinctive energy of both cities to create a dynamic and soulful sound like no other. The unstoppable singer/songwriter has an impressive line-up of tunes behind her, created for pop-artists including Jojo's hit single with Billy Steinberg, "Too Little too late," which skyrocketed from number 66 to number 3 on the Billboard hot 100 chart in just one week in the US, breaking previous records – the biggest leap in Billboard chart history. The platinum smash went on to sell over a million units. And that’s just the jumping off point.
RuthAnne has written songs for chart-topping artists including Katharine McPhee, Leona Lewis, winner of Finnish pop idol Anna Abreu and winner of South African idol Jody Williams and Australian band Shakaya – and the list goes on. In 2007, RuthAnne had songs on three platinum albums in the US and Europe, and officially became Ireland's youngest songwriter ever to achieve these honors (she won the Best Pop song Award at the 2007 ASCAP Awards). More stellar cuts and singles written by RuthAnne, including album title track "Turn it up", album track "My Love", and hit single “Broken Arrow”, recorded by British platinum-selling popstar Pixie Lott, followed in 2010.
Recently, she collaborated with Grammy winning producer John Shanks to co-write with Westlife for their ‘Greatest Hits’ album, released November 2011. They have three songs on the album including an upcoming single ‘Beautiful World’. RuthAnne has yet another upcoming single, ‘Love You to Death’, for Pixie Lott, penned with US hit-maker Toby Gad.
While she may have been burning brightly behind the scenes, RuthAnne was never content being just a music-industry insider – and now her journey is taking a major turn, into the spotlight. RuthAnne’s time to shine as a solo artist is now. After honing her skills over the past four years writing for, and collaborating with, many of the UK’s hottest stars and producers, (Leona Lewis, Sugarbabes, Labrynth, Ben Hudson, Ed Drewett, Devlin, X-Factor winning artist Alexander Burke, Cher Lloyd, JLS, Loick Essien, Tinchy Stryder, Professor Green, Westlife, among them), and having worked extensively with many internationally renowned producers (John Shanks, Julian Bunetta, Jeff Bashker, Red One, Toby Gad, JR Rotem to name a few), RuthAnne is putting all of that experience and creativity into her own album of infectiously catchy soulful-pop, currently being recorded in Los Angeles.
Her first artist feature is with Brit rap star Professor Green, on the hook she penned for one of his upcoming singles, ‘Remedy’, followed by a collaboration with Brit grime rapper Tinchy Stryder. RuthAnne’s unprecedented foundations in the industry along with her songwriting pedigree and irrepressible ambition, talent and unique vision have marked her a rising star to watch – and a force to be reckoned with! Keep your ears to the ground.
Latest News
ADD TO MQ