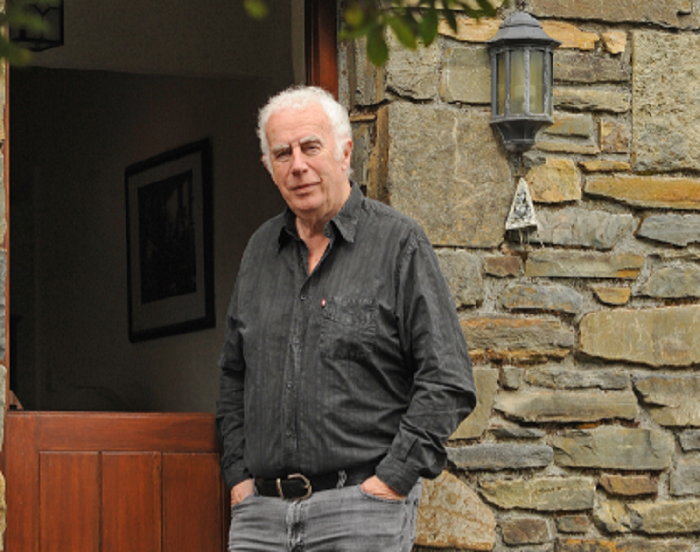 The book tackles the challenging theme of death as seen through the lens of literature and its connections with history, the visual arts, anthropology, philosophy and other fields in humanities. It offers original contributions to the field of death studies and also to literary and cultural studies.

The collection of essays includes the chapter:  ‘To Keep the Heart Beating…when Really It Wants to Break’: Uses of Keening in Irish Literature by E. Moore Quinn PhD – Professor of Linguistic Anthropology, College of Charleston, SC, USA.

As part of Quinn’s paper she evaluates present-day perceptions and representations of ‘Death’ and keening, in songs such as Crucán na bPáiste and Ochón an Gorta Mór, by IMRO member, Brendan Graham.

In the Introduction Quinn talks of:- ‘Presenting the origins and characteristics of an caoineadh, anchoring the discussion in the genre’s function, structure and process’. She goes on to ‘consider the role of the mná caointe’, during An Gorta Mór ‘and how they sought to keep an caoineadh alive, in spite of clerical efforts at suppression’.

Quinn concludes the Introduction with:- ‘The chapter continues by examining keens written by songwriter Brendan Graham, whose sensitive awareness of An Gorta Mór (The Great Hunger) prompted him to compose songs which utilize an caoineadh’s stylistic elements and formulaic features’

The chapter itself concludes with Quinn saying:- ‘Graham, like so many artists of an caoineadh before him, seems to have done what the chapter title suggests: createdlaments ‘’to keep the heart beating […] when really it wants to break’’ (Murray 2011, 18). In this way, a social order preserved but long denied can be restored.’

Graham’s songs Crucán na bPáiste and Ochón an Gorta Mór, have previously been the focus of study by Professor Quinn in academic papers presented at Oxford University “Walking the Path to the Unbaptized Children of Ireland: A Case Study of Crucán na bPáiste.” Pilgrim Paths: Journeys of Transformation – Oxford Interdisciplinary Press, 2015 and at the American Anthropological Association Annual Conference.

His song The Voice forms the Coda in Quinn’s book – Irish American Folklore in New England and is further dealt with in the chapter “’She must have come steerage:’ in the book, The Great Famine in New England Folk Memory – An Gorta Mór: Relief, Representation and Remembrance: Ireland’s Great Hunger, Volume II, ed. David A. Valone, University Press of America, 2010.

Case Study of an Irish Songwriter, Brendan Graham, formed part of the College of Charleston, 2016 Anthropology Syllabus – Peoples and CuLtures of Ireland.

Quinn further contributed an in-depth linguistic analysis of a number of Graham’s works, as part of the feature on the songwriter in the Hot Press Yearbook, 2018.