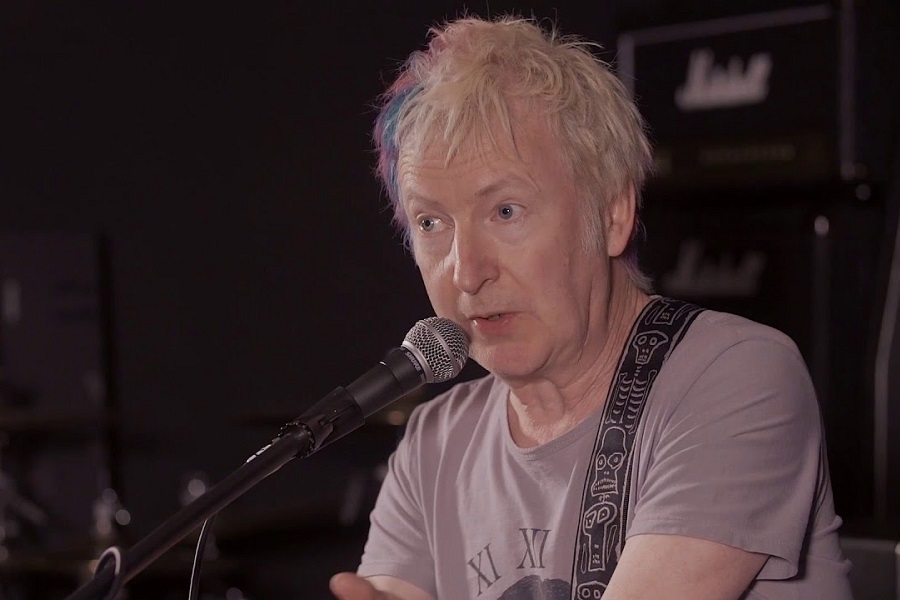 IMRO’s Songwriting & Production Masterclass with Gerry Leonard took place on 10 January 2017, the video of which can now be viewed online.

Gerry Leonard is a Dublin born guitar player, songwriter and producer now based in upstate New York. As part of the New York scene Leonard’s distinctive ambient style has led to his working with many great artists over the years. A highlight was becoming music director / guitar player for David Bowie on his last year long “Reality” world tour and DVD (2003/2004). Apart from Bowie’s previous two records, “Heathen” (2001) and “Reality” (2003) and the subsequent tours, he is also featured on the penultimate David Bowie record titled “The Next Day” and had two co-writes with David on the album, “Boss of me” and “I’ll take you there”. “The Next Day” came out on March 12 2013. Gerry also performed at the Brit Awards Tribute to David in February 2016.

Leonard produced and helped co-write the last full album for Suzanne Vega. “Tales from the Realm of the Queen of Pentacles” came out in February 2014 and has been very well received garnering 4 star reviews from Q and Mojo music magazines. He has also produced and arranged the new album from Suzanne based around the life and works of the author Carson McCullers. This new 10 song album called “Lover Beloved” was released in the fall of 2016.

Having just come back from Spain where he worked with Manolo Garcia for 2 months, playing stadium shows in all the major cities in Spain and starting work on Manolo’s new record, Leonard is currently touring with Suzanne Vega promoting the last record and showcasing the new “Lover Beloved” material. The current show is a duo show featuring the sublime vocals of Ms Vega and some more “Spooky Ghost” style arrangements of her songs, that are using Leonard’s unique style of looping and ambiences. Highlights include stripped down versions of “Blood Makes Noise”, “Tom’s Diner” and “Jacob and the Angel” from the last record. The shows have been receiving standing ovations on the current world tour.

This past January saw the completion of two production projects. Along with the completion of the new Suzanne Vega record “Lover Beloved”, Leonard completed a record for Czech Band Vsichni Svati(translates to All Saints). The record ” Jednou to Skončí ” was released in March 2016.

In other works as a producer he has recently worked with up and coming artist Ari Hest. The album “Fireplays” was released in October 2012 to great praise and reviews. Other productions include platinum artist Donna Lewis, “In The Pink” released in May 2009, emerging artist Donnie Mortimer “Ten Eventful Years” released September 2010, and the Czech band Czechomor. Their record titled “Mistecko” went gold in May 2011.

When not touring or recording with these international artists, Leonard heads up his own project, Spookyghost. Under the name Spookyghost, he has recorded two solo albums. The first recording simply called “Spookyghost” was primarily an ambient guitar record, made in his New York apartment in 1998. His second, “The Light Machine” (2002) has been described by David Bowie as “Quite the most beautiful and moving pieces of work I have possessed in a long time.” A third Spookyghost album is currently in the works.

In movie soundtrack his guitar playing is featured in “The Deep End” and “Bee Season” both scored by Peter Nashell and released on Fox Searchlight Pictures. He is featured on the Roger Waters end title song “Hello” written for “The Last Mimsy” on New Line Cinema. He has also completed his first original score for an independent movie called “32A” released to festivals in 2008.