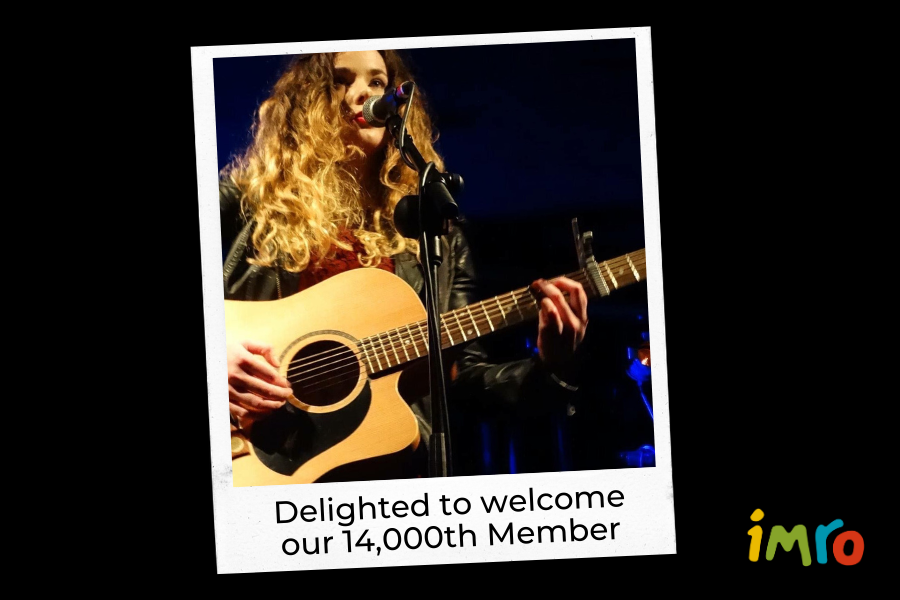 The Irish Music Rights Organisation (IMRO) is delighted to welcome Synead Toomey as our 14,000th member.

Synead Toomey is an Irish singer/songwriter from County Limerick. Her musical journey began while busking in Limerick City in 2012 and she has continued busking ever since. From busking, her career has progressed to playing gigs in venues both locally and nationally. Synead has just completed 4 years studying a BA in Voice and Dance in the Irish World Academy in the University of Limerick (p.s. please don’t ask her to dance).  Her original music has been described as soulful acoustic and a style deeply rooted in an Indie-folk genre. Over her musical career, Synead Toomey has performed with and supported many artists such as Emma Langford, Ryan Sheridan, David Keenan, Wyvern Lingo, Gavin James and more.

Her forthcoming EP ‘Falling’ has been described as heartfelt and heavily influenced by everyday life experiences. The title track ‘Falling’ describes the feeling of falling in love with the right person at the wrong time. This EP is set to be released on August 14th 2020.