‘In The Round’ – Raffs’ Writers Series 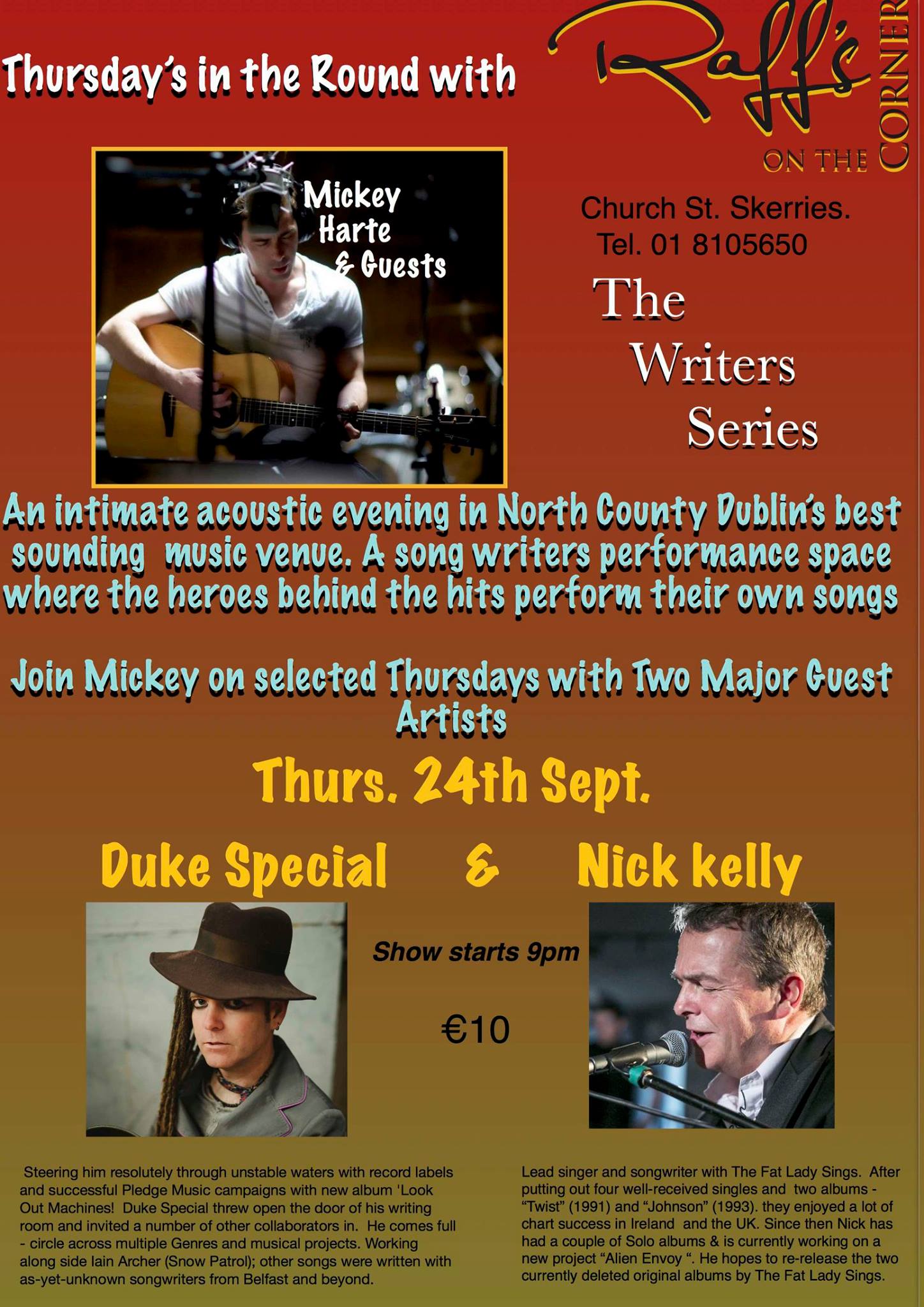 In the three years since it opened its doors, Raffs on the corner in Skerries, has established itself as one of the premier venues for live music in Co.Dublin and is set to cement that reputation with a second “writers series” of concerts hosted by Mickey Joe Harte featuring some of the finest singer songwriters  in the country.

Proprietor Jimmy Rafferty a musician and lover of good songs and songwriters, developed the idea of the writers series along with Mickey Joe and following a very successful run over the recent summer with names that included, John Spillane, Mick Hanly, Moya Brennan, Don Bakerand Charlie McGettigan will welcome a host of new artists this September through to December.

The format is presented “in the round” with Mickey Joe being joined on stage from the start by two very special guests each night, taking it in turns to talk about the songs and inspiration behind them, never letting the truth get in the way of course.

This is a night where people come to listen and the “centre stage” venue at Raffs on the corner becomes really a listening room, with a great atmosphere and a genuine appreciation for the songs and the songwriters, you could hear a pin drop, that is until one of the many stories of inspiration or that of life on the road, bring the house to spontaneous laughter, and its then that the picture of the “writers series” is complete.