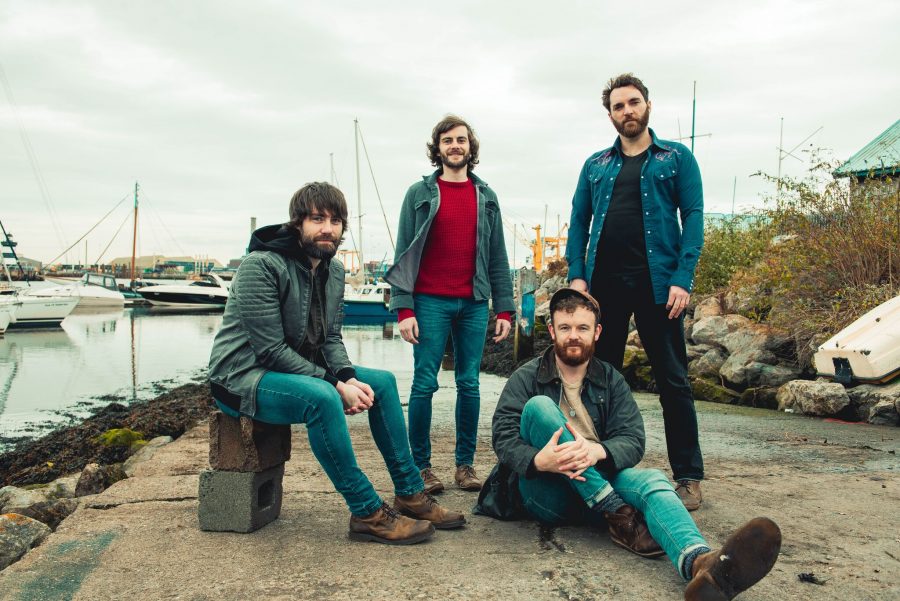 ‘Acrasia’ is the new single from Donegal Alternative quartet In Their Thousands.

Following on from a string of major festival appearances, European tours dates and TV and radio coverage at home and abroad, In Their Thousands returned to their roots, heading home to the North West of the island to truly engross themselves in their craft. A re-immersion in Irish traditional music, language, and culture became the focus of the four members; brothers Declan and Aidan McClafferty, first cousin Ruairí Friel and lifelong friend Marty Smyth.

‘Acrasia’ is the first single from their debut album due out later this year, and the result of locking themselves away in a studio with renowned Mercury Prize nominated producer Tommy McLaughlin (Villagers, Soak, BellX1).

The video was directed by TG4’s Creative Director Seàn Cathal at a rare old cinema in Buncrana between film screenings and bingo sessions.

“Acrasia is a word used in philosophy to describe the state of mind where a person is acting against what they know to be ‘right’.

The concept for the song came out of that general idea, about why this occurs and leads people towards darkness and suffering in a mundane way which then leads to a much more profound suffering. Also the origin of the ‘voice on the shoulder’ – where exactly is that coming from?

We came up with the underlying track in a tiny cottage in the countryside in Donegal where we used to jam. It has an open fire and a tin roof with ivy growing inside and some fairy lights.”