Inhaler Release Video for New Single ‘When It Breaks’ 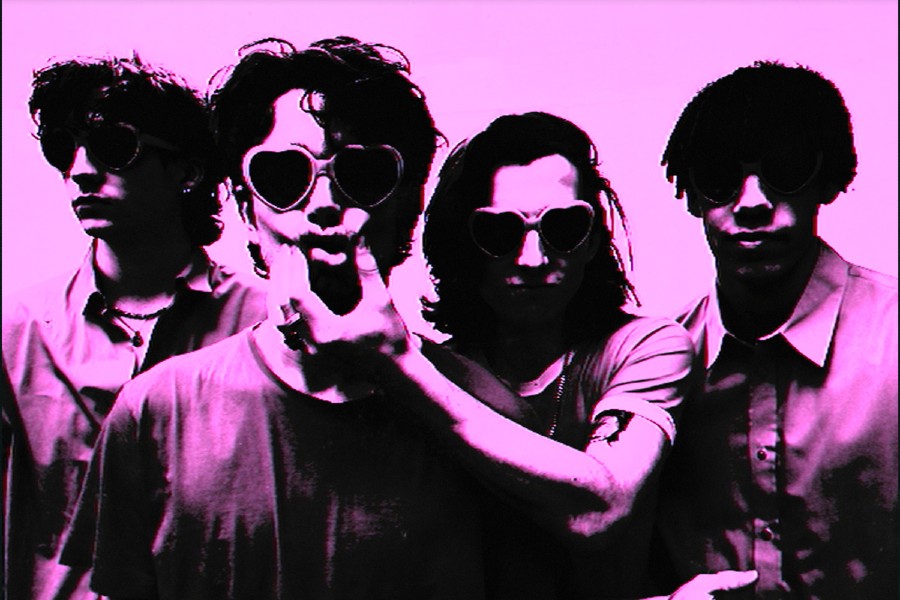 Following the release of their new single earlier this month, Dublin-quartet Inhaler have shared the trippy video for their anthemic track ‘When It Breaks‘. The video was once again directed by former Jesus & Mary Chain bassist Douglas Hart (Paul Weller, The Horrors, My Bloody Valentine) and Antony Genn. A searing indie-rock anthem, ‘When It Breaks’ was recorded over the summer and its lyrical themes chime with the unease and disquiet of the world in 2020.

Speaking about how ‘When It Breaks’ came together, the band said: “We wrote ‘When It Breaks’ in the last couple of months. We were floating around the instrumental demo, it was dark but also pretty hopeful sounding. When we went back to the studio over the summer and really got to put our heads together again, we felt like we had to write something about what was going on and how we felt about it. Coming off tour into lockdown was a huge adjustment for us after we had just got used to life on the tour. At first, it was a welcome break but pretty soon we were dying to get back to any festival or any gig where we could get our fix! The lyrics and the music communicate the anxiousness of how we were all feeling and still are now a couple months later. It’s our interpretation of this strange and imperfect world we’ve come to live in. Things are gonna change and we are gonna be there when they do.”

Inhaler are Elijah Hewson, Robert Keating, Ryan McMahon and Josh Jenkinson. The four-piece formed whilst still at school in Dublin, bonding over a love of Joy Division, The Stone Roses, The Strokes, Depeche Mode, Interpol, The Cure and more. They have made amassed a diehard fanbase despite only releasing a handful of singles, each displaying the band’s knack of intricate songcraft and sonic grandeur. Their tracks have been streamed over 35 million times globally. They sold over 10,000 tickets on their last tour and played to sold-out crowds across the UK and Europe. Inhaler recently completed work on their highly-anticipated debut album, expected for release early next year.