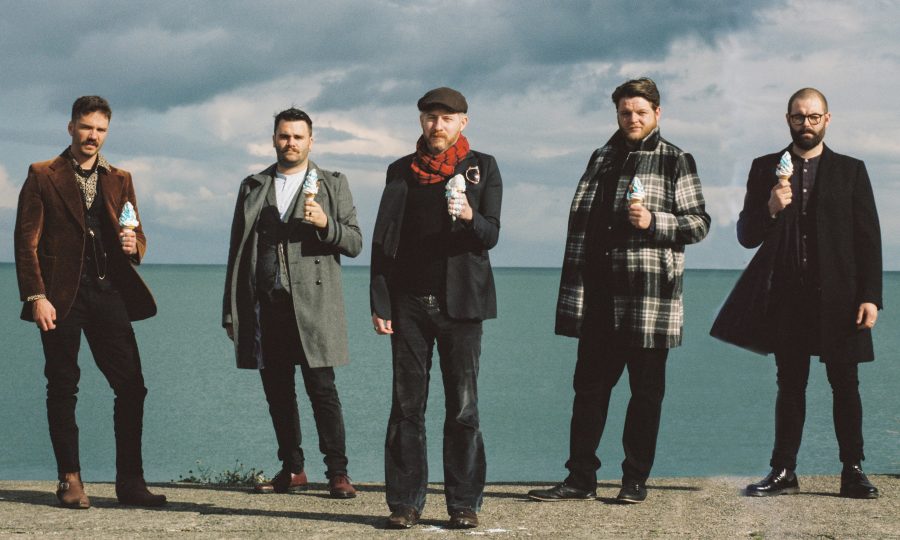 Rhythm Section presents Ireland’s The Eskies as they bring their high-energy brand of folk noir/gypsy jazz/sea shanty and swaggering stage spectacle to Australia in 2018.

The band has been rousing ballrooms and booze houses far and wide, sullying soirees and lowering inhibitions of get-togethers and social occasions wherever they have ventured.

Skipping through the dark side of anything that makes you want to dance, The Eskies are purveyors of music that meanders from sea soaked waltz to Italian tarantella, from brassy funeral march-esque lament to weep along Klezmar knees up, and from chain gang holler to ragtime finger snap. An Eskies show is steeped in melodrama and usually not a small amount of tongue in cheek.

The band has undertaken extensive tours of Ireland, the UK, Spain, Italy and The Netherlands as well as squeezing in their first-ever appearance at the hallowed Glastonbury Festival in 2016 and have featured on BBC Radio 4’s ‘Loose Ends’ with Clive Anderson.

The Eskies’ first Australian sojourn includes The Port Fairy Folk Festival, along with Melbourne, Sydney and regional dates and their new album ‘And Don’t Spare The Horses’featuring single ‘All Good Men’ and ‘I’m Not Sorry’ is available through all online stores now.

“A triumph of a second album… An uproarious, riotous assembly of song, sin and celebration… A marvellously over the top long player. Long live The Eskies” –Narc Magazine

“A street corner sort of brass band, a male corus worthy of Greek theatre and a stash of swinging folk songs, this is a bundle of joy” – Vangard Magazine

“The Dubliners for the internet generation” – The Irish World