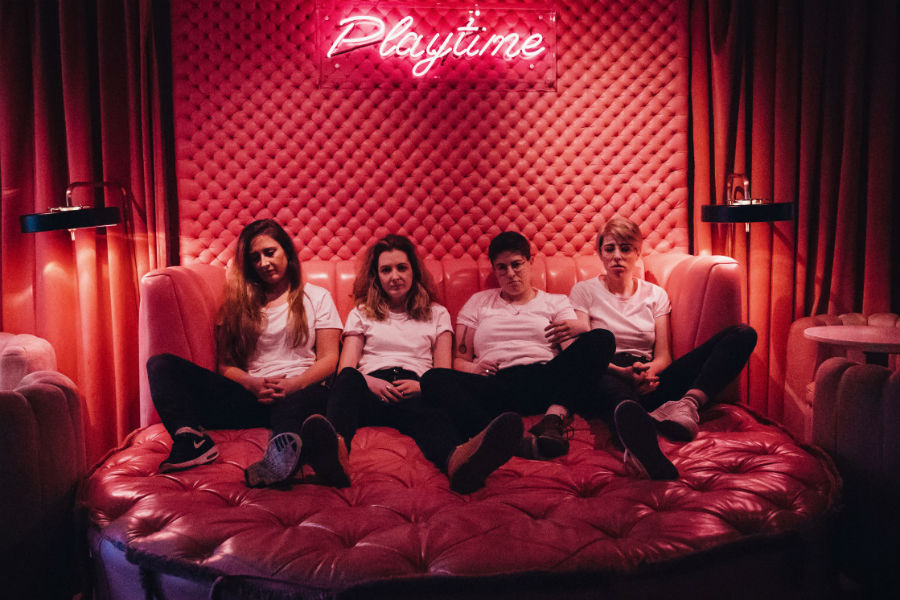 Three Irish acts have been confirmed to perform at the 21st edition of Iceland Airwaves, taking place this November 6-9 in Reykjavik.

The three acts –  Dundalk’s Just Mustard, Dublin’s Pillow Queens and Æ Mak (also from Dundalk) – reflect the vibrancy and creative diversity of Ireland’s contemporary music scene. All the acts were booked on the strength of their showcase performances at Hard Working Class Heroes in Dublin last September (now re-christened Ireland Music Week, taking place in Dublin this October). Recent appearances by the three acts at showcase festivals like Eurosonic and The Great Escape have further consolidated their live presence.

Says Angela Dorgan, CEO of First Music Contact: “Music From Ireland  are delighted to re-ignite our relationship with Iceland Airwaves as it underlines what we have long felt, the similarities of the creatives in both our countries. As in the past I am sure our selected showcasing artists will get a lot of benefit and new fans from the event. As a member of Keychange, we are also delighted to see very strong female acts from Ireland selected by the event.”

Adds Sindri Ástmarsson, head of Programming and Bookings for Iceland Airwaves: “We are thrilled to be working with Music from Ireland this year. Ireland and Iceland have so much in common and our musicians face similar challenges. We think the Iceland Airwaves audience will absolutely love them. After the success of Fontaines D.C. during last year’s festival I’m looking forward to seeing these great bands play.”

Fontaines D.C. did indeed have a great Iceland Airwaves, being a solid festival favourite for media, industry and fans alike, culminating in a live session with KEXP in Reykjavik and an in-depth feature with Stereogum, amongst others.

In addition to the Irish acts, Iceland Airwaves 2019 features many acts from Iceland and beyond, including homegrown heroes Of Monsters and Men, John Grant, Mac DeMarco, Whitney, Anna of The North, Girl in Red, Hatari, Mammút and many others. The current line-up can be seen here.

Founding partner Icelandair offers travel packages to Iceland Airwaves including direct departures from Dublin and other destinations in Europe and North America.