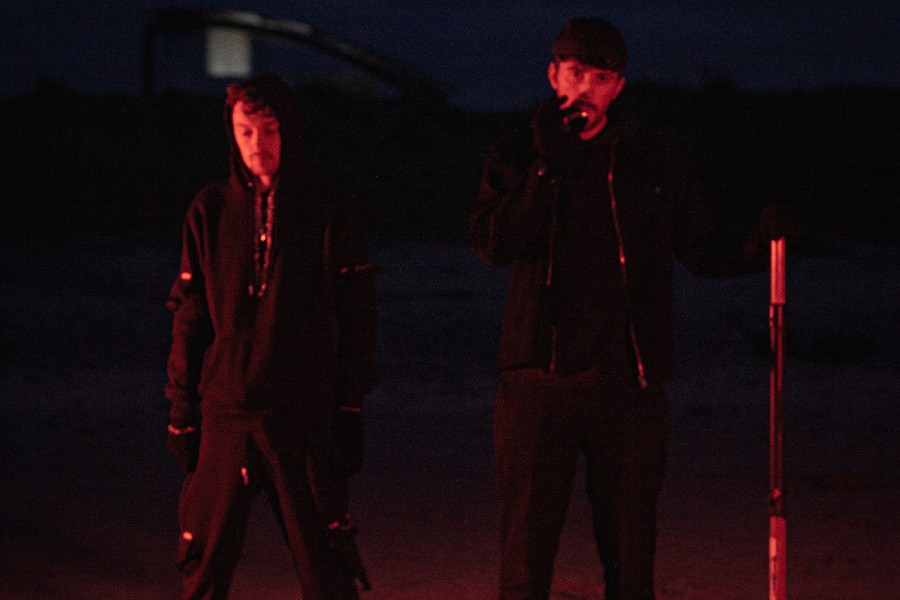 Following an action-packed 2019 full of individual releases alongside collaborative releases the Louth based alt hip hop duo RÓGAN x ØMEGA are back with a finely tuned conceptual project titled ‘Don’t Forget To Remember Radio: Episode 1’. Hosted by RTE’s DJ Beta Da Silva the project revolves around 3 tracks with intermissions of comic relief and relatable discussions tieing the project together and giving the listener the full radio experience. With hidden gems and surprises like an appearance from Sky Sports Presenters and Football Sensation Adebayo Akinfenwa.

Produced by CXDY, CHAZ, WHSPR & PalmTreePrince the project is inspired by Japan and Japanese culture. The duo shared, “It feels like an urban metropolitan. I picture people driving through downtown Tokyo at night tuning in to listen ‘Don’t Forget To Remember Radio’ as well as Dublin City.” The intricate production on the project is a combination of modern hip hop blended with trap influences and glitch production. The energetic beats create an open field for their razor-sharp lyricism and ear-catching hooks.  ØMEGA commented “We have this infectious energy as well as the ability to create in pockets at speed. We don’t have defined sound as we find ourselves comfortable jumping on any type of production. We cover all the bases as a duo.”

Repping Ireland, the Recording Artist/Production duo of RÓGAN and ØMEGA are looking to rapidly takeover with their lyrics and unique sound. Having individually released music in 2019, they look to be more aggressive with it by teaming up. Having released tracks like ‘Different With It’ and ‘Run It Down’ to critical acclaim. Receiving support from Spotify editorial playlists, BBC Introducing, Kerrang FM, Nialler9, Hotpress, District Magazine, RTÉ 2FM, Pulse, Spin 103.8 and many more. The pair debut visuals for single ‘Murder She Wrote’ last came January came from International director Ovie Etseyatse who’s worked with the likes Kizz Daniel, Davido, Yemi Alade.

Taking inspiration from Rappers like Jay-Z and Lupe Fiasco, RÓGAN and ØMEGA found themselves moving from just fans of the music, to officially being Producers and Recording Artists in 2015 and 2018 respectively. RÓGAN released his debut EP ‘Arrogant’ in 2017, and found himself being featured in Stackd Magazine, and being booked in various parts of Ireland. In 2019, he competed in the annual “Beat Club” competition where he emerged the Beat Club Champion. As for ØMEGA, he released his debut single ‘RAMPAGE’ in 2018 and followed that up with the acclaimed ‘The Metropolitan Project’, and has found himself performing at Electric Picnic, the Dublin Fringe Festival, and getting his music on the popular “NEW MUSIC FRIDAY UK” & “THE NEW EIRE” Spotify Playlist.

Keep up with ROGAN x ØMEGA via: