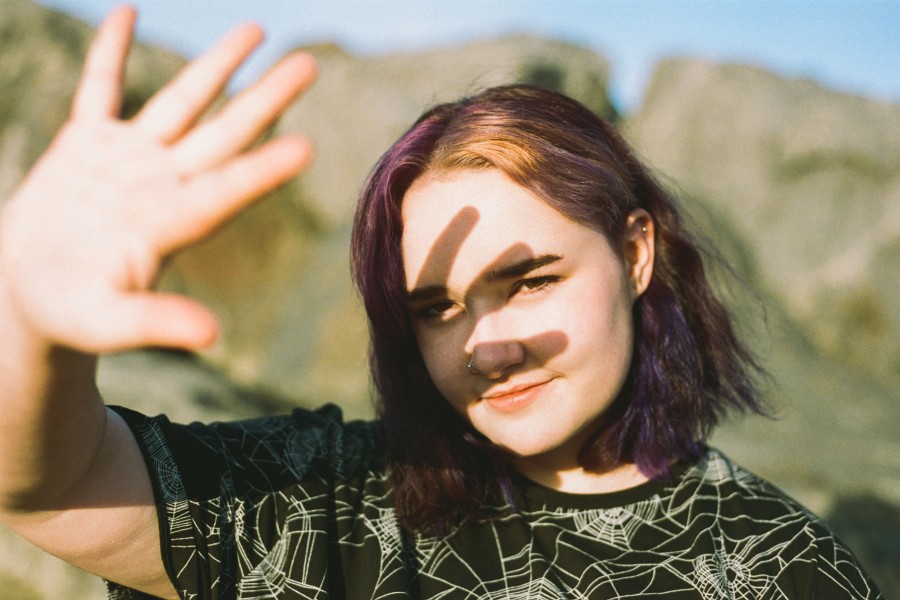 Smoothboi Ezra is excited to release their new single ‘My Own Person’. The track is accompanied by a live performance video shot during the lockdown.

“I don’t know what a song means when I’m writing it. I don’t make a plan. I find myself basically doing a brain dump,” Smoothboi Ezra says modestly of their songwriting process. It’s a laissez-faire method with impeccable results; there is no doubt that they are a precocious songwriter. The music – which you could call “anti-pop” or “bedroom pop,” if you’re bothered about labels – has an all-encompassing warmth and charm. It’s reminiscent of Kimya Dawson or Michael Cera, but distinctly Gen Z in its innate ability to tackle tricky topics like gender identity and depersonalisation.

Speaking about the track, which they recorded in their bedroom, Ezra says: “I wrote this song when I was 16. I had one or two outfits I would interchange and I wore the same grubby pair of shoes every day. They were replicas of a previous grubby pair I wore when I was 14 and 15.  The song is about not being happy but not being able to do anything about it.”  Though they write from a very personal place, they prefer to leave their music open to interpretation, surrendering it wholly to the listener. “When I finish a song I let go of it, it’s not mine anymore and I forget it. A lot of the time I’ll have to teach myself the song again before a live show,” they explain.

Smoothboi Ezra is an 18-year-old songwriter, multi-instrumentalist and producer from Greystones, Ireland. Their musical influences range from contemporaries like Phoebe Bridgers and Mitski, to legends like Elliott Smith and Kate Bush. In their short career, they have amassed over 10 million Spotify streams, despite releasing their music entirely independently. They have supported Orville Peck at Dublin’s Grand Social and also sold out their first headline show at Whelan’s, Dublin in 2019. ‘My Own Person’ is the first track from a collection of new songs set to be released in the coming months, ahead of what is sure to be a phenomenally exciting 2021 for Ezra.