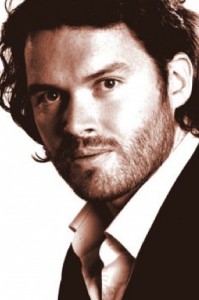 2012, for his soundtracks for ‘Le Moine’ (‘The Monk’), ‘La Piel Que Habito’ (The Skin I Live In) and ‘Tinker, Tailor, Soldier, Spy’. He also went home with the award for Best Original Film Score of the Year for ‘Tinker, Tailor, Soldier, Spy’. Brian Byrne received the World Soundtrack Award for Best Original Song Written for Film for ’Lay Your Head Down’ from the film ‘Albert Nobbs’. Byrne also won the Discovery of the Year Award. The Public Choice Award went to Abel Korzeniowski for the film ‘W.E.’. Pino Donaggio received a World Soundtrack Lifetime Achievement Award, presented to him by Mike Stoller.

Both the ceremony and the concert were attended by world renowned composers such as James Newton Howard (‘The Hunger Games’, ‘King Kong’, ‘The Sixth Sense’, ‘The Fugitive’ and ‘Pretty Woman’) Pino Donaggio (‘Carrie’, ‘Dressed To Kill’, ‘Blow Out’, ‘Body Double’, Raising Cain and King’s Speech), and Discovery of the Year 2011 Alex Heffes (The First Grader & The Rite). During and after the ceremony The Brussels Philharmonic performed music by various composers.