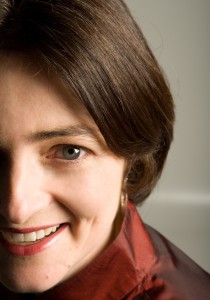 in association with The Drawing Room

The final event in the AIC’s Irish Composers on Irish Music concert series sees us join forces with The Drawing Room to present a very special concert in the beautiful Georgian house at 12 Henrietta St.

Anne-Marie O’Farrell’s harp recital on 31st May features two kinds of harp, the pedal harp (normally used in classical orchestral settings), and the Irish harp, a modern version of our national instrument. The repertoire chosen expresses a range of musical languages explored by composers on these instruments over the last fifty years, from John Kinsella’s Allegro Giocoso of 1966, when the semitone mechanism on the Irish harp was an extremely basic one, to Anne-Marie’s own recent composition, Chromatétude which creates 12-note textures on the harp while also giving a nod to much older music heard at the Belfast 1792 harp festival. Kinsella’s work is also a representative piece from Sheila Larchet Cuthbert’s seminal volume for Irish harp, ‘The Irish Harp Book’. Pedal harp repertoire features the voices of James Wilson in his Sonata, Frank Corcoran with In the Deep Heart’s Core and Gráinne Mulvey in Explorations, who in their distinctive ways delve into the large timbral and pitch range of the pedal harp. A number of the works are receiving their first performance, including Mary Kelly’s three Aislingí for Irish harp. The recital creates a welcome opportunity to perform Boydell’s seldom heard but most idiomatic Triptych for Irish harp, and to give a further performance of David Bremner’s miniature Pool.

Concert and walk: €30 Concert only: €15 – Tickets available through Eventbrite

Start your evening with a walking tour of Dublin’s North by North-west with Arran Henderson: a sociable exploring trip of city history and buildings, starting at Cow Lane, crossing the quays and along the way taking churches, meeting halls, squares old and new, details and history, monasteries and markets, to wind up eventually at a magical 18th century interior at Henrietta Street, in good time for the concert there.

Time approximately 1hour 45 minutes.  Along the way stories, oddities and perhaps a surprise treat of a rarely seen interior or two into the bargain.

Bio: Composer and harpist Anne-Marie O’Farrell has received many national and international awards for original composition. An honours BA and BMus graduate of UCD, she was awarded a first class honours MA in Composition from the NUI Maynooth. She is currently undertaking doctoral studies in composition at Queen’s University, Belfast under Professor Piers Hellawell. She has composed for a variety of instrumental and vocal media, and her compositions are featured on the higher examination grades of conservatory syllabuses around the world including the Royal Conservatory of Canada, the UK’s Associated Board of the Royal Schools of Music, Trinity College London, and the RIAM. She lectures in composition at the DIT Conservatory of Music and Drama and her research project, Composers in the Community, with DIT colleague Dr. Lorraine O’Connell was awarded a DIT Teaching Fellowship Grant, and the resulting research is due for immanent publication.
She is the winner of the BBC Baroque Remixed composition competition with her orchestral work, Rann Dó Trí, which was performed by the BBC Concert Orchestra conducted by Charles Hazlewood at London’s Roundhouse and broadcast live on BBC Radio 3. Her choral work, Skimming Stones, has been recorded by the BBC Singers and was premiered in St Paul’s, Knightsbridge in London for a live BBC Radio 3 broadcast. Numerous and wide ranging commissions include Deis Arts Council funding for the writing of original score of Cailleach: The Wilder Wisdom of Auld Ones with actor and storyteller Nuala Hayes. Her solo clarinet work, Ruach is featured on Volume 8 of the Contemporary Music Centre’s New Music from Ireland performed by Deirdre O’Leary. She is regularly invited to give lecture recitals, workshops and masterclasses at festivals around the world in addition to presenting regularly at international conferences and acting as jury member for harp competitions. As a prolific recording artist, she has issued several album, the most recent being Duopoly with Cormac De Barra. She has been appointed AEPE Composer in Residence at Mary Immaculate College in Limerick in association with the Lime Tree Theater and funded by the Arts Council. www.annemarieofarrell.com