Nowadays electronic music and clubs are a mainstay of modern European youth culture and the Green Isle is no different. Ireland is no longer a nation celebrated for its well-established traditional and rock heritage, a new wave of underground electronic music has swept away with tradition.  Irish Electronics have moved on from the unsung days of the mid 80’s when pioneers like Barry Warner brought his Detroit inspired electropop single “Just a Floor” to an un appreciative audience. The birth of Acid House created an ever bulging club scene which soared till the silence of the 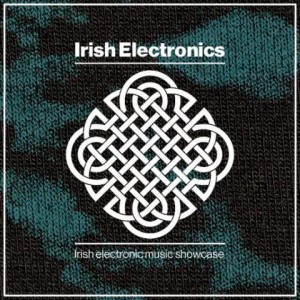 Celtic “Tiger” in the late noughties. The re-emergence of  the Acid House spirt has changed Ireland’s musical climate not only locally, but has begun to highlight it’s identity to the rest of the electronic music world. However Ireland’s more recent economic woes led to a mass exodus of talent, which witnessed large waves of creative Diaspora flee the Island from all walks of life and business.  The bright lights of London beckoned once again for a new generation of Young Irish exiles, but this time it was the turn of the highly educated young go getter from high end lawyers, in demand graphic designers, highly skilled medical professionals to the one of the most respected young fashion designers, Simone Rocha. London offered you an option.

Whether coincidence or luck of the Irish, this exodus also seems to have aligned it’s self with a fresh new breed of Irish electronic artists making a name for themselves worldwide. Producers like Mano Le Tough, Bicep & Matador becoming headline acts in some of the most famous clubs on the white isle of Ibiza and beyond. There have never been any borders in dance music in Ireland. The Irish clubbing scene made a point of being a safe haven from the “troubles”. Clubs were always a space where it never mattereded what your political background or belief was, all that was left at the cloak room as people looked to bond over soul warming music.

On the 20th March Red Gallery LDN in association with the Irish Centre & Craic It London will showcase some of best of the latest wave of producers and dj’s the Emerald isle has to offer. Some of Belfasts finest are on board in the shape 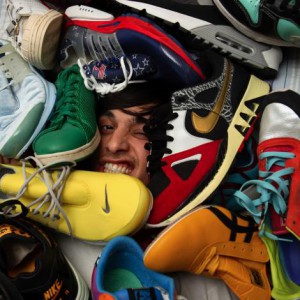 of the Extended Play Crew, label boss Timmy Stewart brings two of the brightest London based dj’s from the stable in the form of Cromby and Swoose.  Another one of the most hotly tipped acts to come from Northern Ireland is the freshly rebranded OneKnown who has a deluge of labels trying to tie him down. Liverpool Irish are are represented by one of the freshest Hip Hop producers in Europe right now SertOne.  From Dublin The Greedy Pig Dj’s who run one of the most talked about Irish counter culture blogs and have recently curated the art work for a J-Dilla release will be there. Johnny Moy & Billy Scurry represent the originators of the scene, two of the most celebrated Irish dj’s of the past 30 years who shaped how modern clubbing evolved to it’s current shape in Dublin. London based representation consists of Dave Magnier of House of Disco one of the biggest brands in underground house music in the city. Lorcan Mak represents a new breed of multi talented creatives who can turn his hand to almost anything creative and deliver at an outstanding level, he’s also a great dj! Bazza Ranks of Ragga Hip Hop crew the Dirty Dubsters is another of Dublins finest who has relocated to London, so expect a slew of original dub plate edits and dance hall rhythms. Last but not least the event curator Arveene completes the line up as one of Ireland most celebrated dj’s and producers who is now London based.