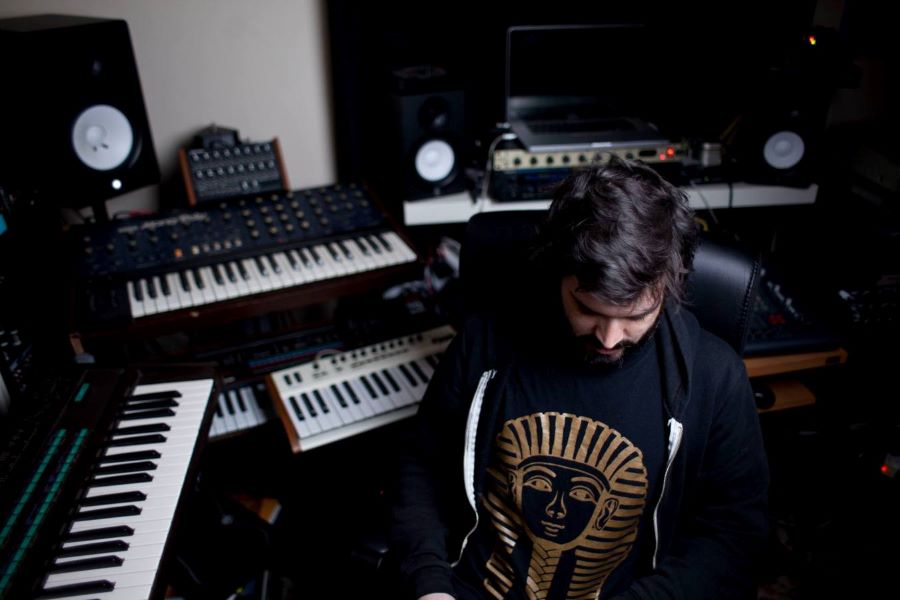 Unity Surrender is the latest project from the highly respected Irish electronic producer, John Daly, and the first to feature his own vocals. Daly has appeared to listeners in many guises over the years, producing variants of his own imaginative and interpretive music across the electronic spectrum – from techno to ambient, from hip hop to deep house and plenty more.

Daly has always trusted music fans’ abilities to see beyond any potentially limiting boundaries. A producer with progression and evolution as some of his foremost tenets, Daly has expanded his sound alongside his audience in the knowledge that their comprehension of music in its different forms goes way past any preconceived and pigeonhole notions of staying within a particular genre.

Daly has also worked with a large number of labels, both Irish and international, during a diverse career to date. Francois K’s Wave Music, All City, Drumpoet Community, Craigie Knowes and Secretsundaze are just some while he has also contributed tracks to the likes of Plak, Mule Musiq, and Further Records, as well as his own cult label Feel Music, the first record label of its generation to represent Ireland on the international stage.

Even as a producer foremost associated with electronics, Daly maintains that it is organic influences and natural surroundings that he draws his biggest inspiration from. “I think the environment helps create the conditions for inspiration to be found,” he says. “It could come from anywhere but you have to be receptive to it, and I think the environment plays a huge part in that. And for sure an artist’s environment can be a direct influence as well, but generally I believe it plays a part in a bigger overall scheme. I suppose it also depends on what an artist wants to achieve, we are all different and that’s what makes it interesting.”

Of the title track ‘Freedom’ and a rare use of vocals for Daly, he says, “In this case it was a really uplifting instrumental so I’m not surprised I came out with ‘Freedom’. We need more positive uplifting music. All this agro in the world is just not doing us any good. Peace and love is a much better option. I was fooling around with the vocal synth putting acapellas through it. The results were great, but when I started experimenting with my own vocals I was blown away by how expressive I could be with the technology. I’d been threatening to sing for years, but didn’t have the guts. Now I can hide behind the vocal synth, it’s perfect.”

The name of the game is authentic creative expression, real feelings and emotions. The result is his most personal and complete work to date. Low slung, haunting electronic vignettes with high aspirations and hope on the horizon.

‘Freedom’ EP is out 7th September.