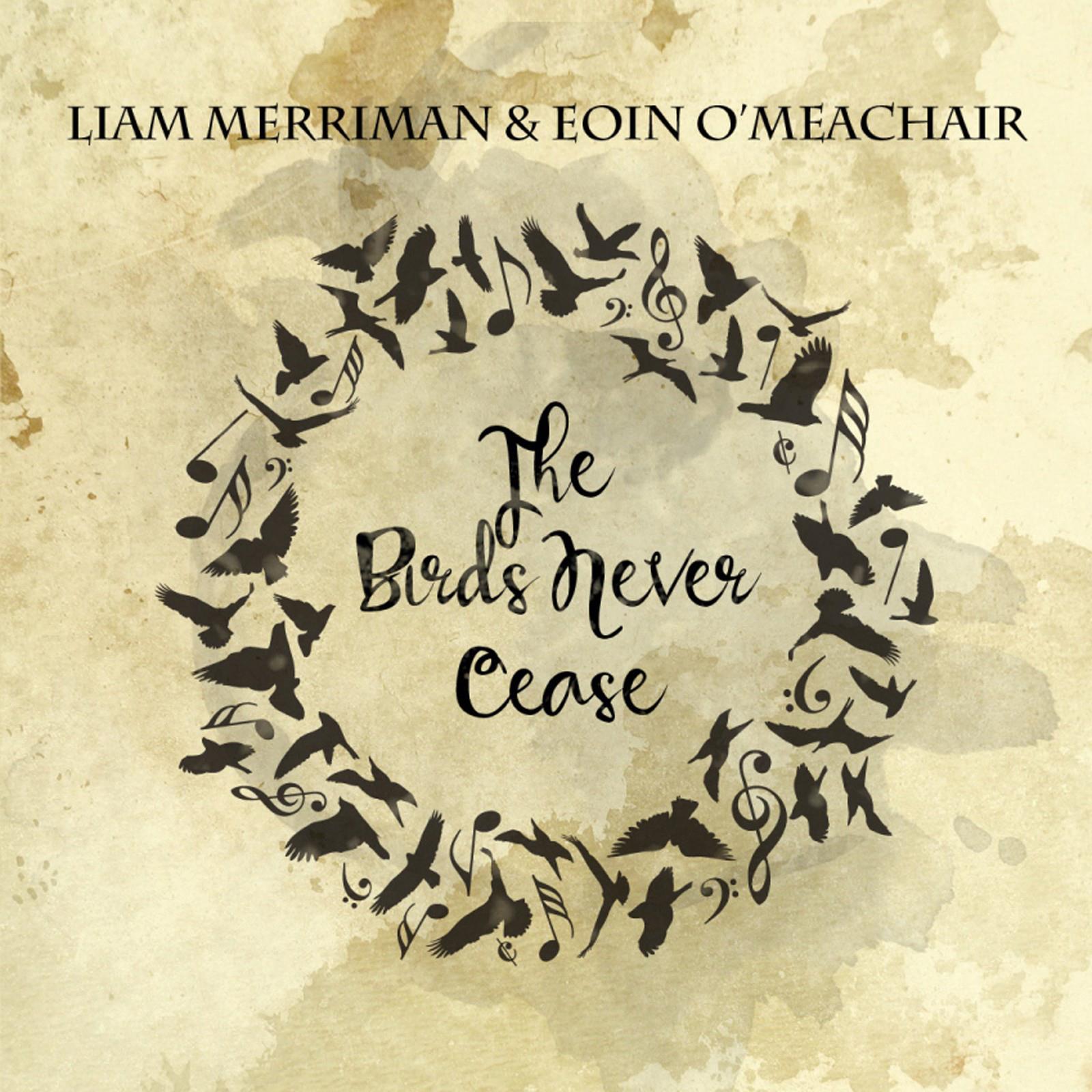 The Liam Merriman song ‘Dead Man’s Trail’ kicks off the new album The Birds Never Cease by Merriman and Eoin O’Meachair set for release on-line and on CD during September.

As Eoin O’Meachair, who plays mandolin and whistle on the album, explains, “We’ve opted for ‘Dead Man’s Trail’ as the lead track for The Birds Never Cease because it has an upbeat radio-friendly feel and reflects the stimulating blend of Irish folk and American roots we achieved on the album. Recording it in Nashville gave ‘Dead Man’s Trail’ the cross-cultural musical blend we were looking for”.

Merriman and O’Meachair have already spoken about that rich musical mix in a short video explaining the background to The Birds Never Cease (see www.liamandeoin.com). As theWaterford-based Merriman says, “The album not only includes several of my own songs suchas ‘Dead Man’s Trail’ but Irish tunes arranged with Eoin, Irish trad songs of the vintage of‘Streams of Bunclody’ and compositions by modern folk composers Donovan, RichardThompson and Tom Paxton.”

Carlowman O’Meachair, a founder member of the trad group Caladh Nua, admits that working to achieve the mix of contemporary and traditional, songs and tunes, and songs from bothsides of the Atlantic, opened fresh ways of thinking about the entire folk genre.

Alongside ‘Dead Man’s Trail’, other tracks already generating fanbase interest include the tradtunes ‘The Heather Blazing’ and ‘Darling Girl’, ‘Crazy Man Michael’ (written by RichardThompson and Dave Swarbrick), ‘Summer Day Refection Song’ by the Scottish-born Irishresident Donovan, and ‘I Can’t Help But Wonder Where I’m Bound’.

The duo first crossed musical paths in the Carlow/Kilkenny trad outfit Sile na Gig. Merriman isa nationally-known singer-songwriter with several solo albums to his name. The Birds Never Cease, whose title comes from a line in the song ‘Streams of Bunclody’, contains 14 tracksrecorded in Nashville with Producer Thomm Jutz. The CD version will be given a public launchin Waterford in mid-September by music author and Hot Press journalist Jackie Hayden.