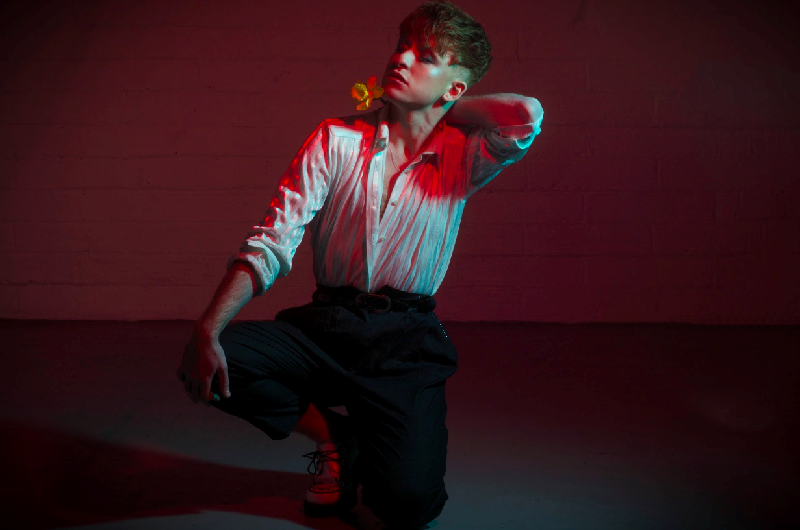 A dance-pop song with rock and dubstep influences, ‘Curious’ is a lyrically playful track which challenges binary thinking in terms of sexuality, beckoning you to “stop paying so much attention to your labels” and embrace “a new world”.

‘Curious’ is Jack’s fourth single from his yet to be announced debut album. Expect more fun dancey numbers, and lyrics about sexual liberation and self love.

Dublin based glam-pop artist Jack Rua is a unique and original talent. A classically trained vocalist and musician who blends well crafted pop music with electronic-dance and glam-rock influences, Jack has established himself as an artist who strives to differ from the norm and do things his own way.

Inspired by some of the most ambitious and creative artists of the last fifty years, Jack spent his formative years studying the work of icons such as David Bowie, Madonna, Lady Gaga & Prince; analysing their every move and how they used their art forms to innovate and rebel.

After striking up creative partnerships with fellow BIMM Dublin alum Porridge and visual artist PureGrand, Jack began releasing his music in 2019 with three singles that racked up over 85,000 streams on Spotify and received radio airplay on RTE 2FM, Spin 1038, Classic Hits 4FM, BBC Introducing and KCLR to name a few. ‘Ego’, his house-pop banger with producer LOGUOS was placed on Spotify’s “Out Now” Pride playlist for queer artists, and ‘Rise’ (featuring Cork rapper Darce) was added to New Music Friday UK on Spotify.

After a successful year which also included an array of headline, support and club gigs across Dublin, Jack is set to soar even further in 2020 with even more boundary pushing music, visuals and live spectacles. The playful and bombastic ‘Curious’ came out on March 13th and was added to New Music Friday UK on Spotify. It is the fourth instalment from a project geared up for release in the first half of 2020.

“Jack blends the sensual flamboyance of Prince with a sassy Madonna- esque boldness while still creating something that summons your soul to the dancefloor with his infectious and lovable tones, beats and melodies” – Indie Buddie

“Jack Rua has developed a brand of music that can dance across the entire pop spectrum” – Jessica Maciel, Spin 1038

“Jack doesn’t hold back his shine. The Dublin queer artist is not afraid to soar as he preaches the power of acceptance” – Aupium

“The feel-good factor is a prevalent aspect of many a pop song however Jack Rua likes to take it further than this. A quick listen to his back catalogue tells you that hedonism takes front and centre” – Anna Buckley, Golden Plec