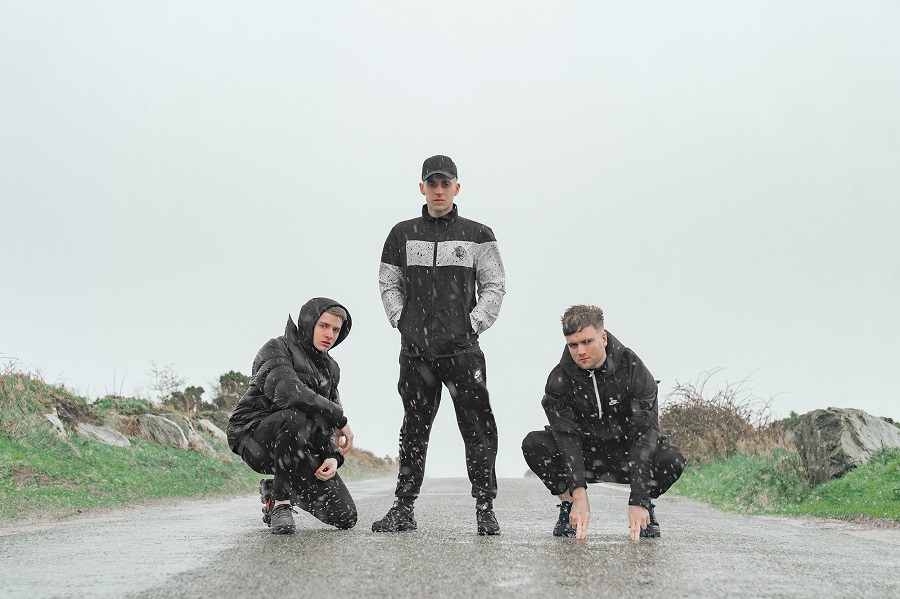 Tullamore urban outfit Chasing Abbey have enjoyed quite the vertical ascent since their self-released debut single ‘That Good Thing’ in 2017. The hip-hop group seem to have made a habit out of consistently outdoing their previous successes. To date, some of their standout accolades of their two year dominance include bagging the RTÉ Choice Music Prize for Song of the Year, signing a global record deal with 3 Beat/Universal, a publishing deal with publishing giants Spirit Music Group, their own television ad with mobile company Eir, landing the official song of the League of Ireland 2018, a host of headline festival slots, support slots for major players The Chainsmokers, Enrique Iglesias and Rita Ora, two 3 Arena appearances and a countrywide sold out tour. Now, Chasing Abbey peaked the interest of music industry publication, BILLBOARD.

Their lead track and latest single – ‘Hold On’ – from their debut EP ‘The Odyssey Project’ offers a more mature Chasing Abbey than we have seen before, with a true urban sound coming to the fore. Cited as Ireland’s answer to Post Malone by District Magazine, and announced as Hot Press magazine readers’ choice for Best Rap/Hip-Hop act 2018, it might seem unsurprising that Chasing Abbey have now caught the attention of US music publication juggernaut, BILLBOARD.

Considered the most reputable music publication in the world (and arguably the biggest with millions of unique readers a month), this Irish hip-hop trio not only bagged themselves an exclusive Billboard premiere of their EP ‘The Odyssey Project’, but also a lengthy and thorough interview with the publication.

Getting the thumbs up from BILLBOARD hip-hop editor Carl Lamarre, Chasing Abbey can now add themselves to a relatively short list of Irish acts to have graced the bylines of such a prestigious outlet, a list that includes the likes of Hozier, Niall Horan, The Script and U2.

‘The Odyssey Project’ premieres on BILLBOARD exclusively for two weeks, before going on general release on April 19th. Accompanying their BILLBOARD interview, Chasing Abbey also offer a track by track breakdown of the EP, which was produced by them in their Tullamore studio before having additional production added by the UK’s Jay Weathers (Stormzy, Rita Ora, Not3s).

Of the project itself, the folks at BILLBOARD have listed the EP as a “five-track bow bends hip-hop swagger with pop shimmer and incredibly evocative lyrics.” The Billboard piece event cites a potential US “takeover” by this Offaly trio, and with such an industry giant behind them, perhaps that takeover isn’t too hard to conceive.

Chasing Abbey play The INEC Killarney, Cyprus Avenue Cork and The Olympia Theatre Dublin this week as part of their aptly named Culchie Kid Tour. Remaining tickets for the shows are available here:

Chasing Abbey’s ‘The Odyssey Project EP’ is available across platforms on April 19th, but you can read their interview and preview the entire EP over at Billboard: