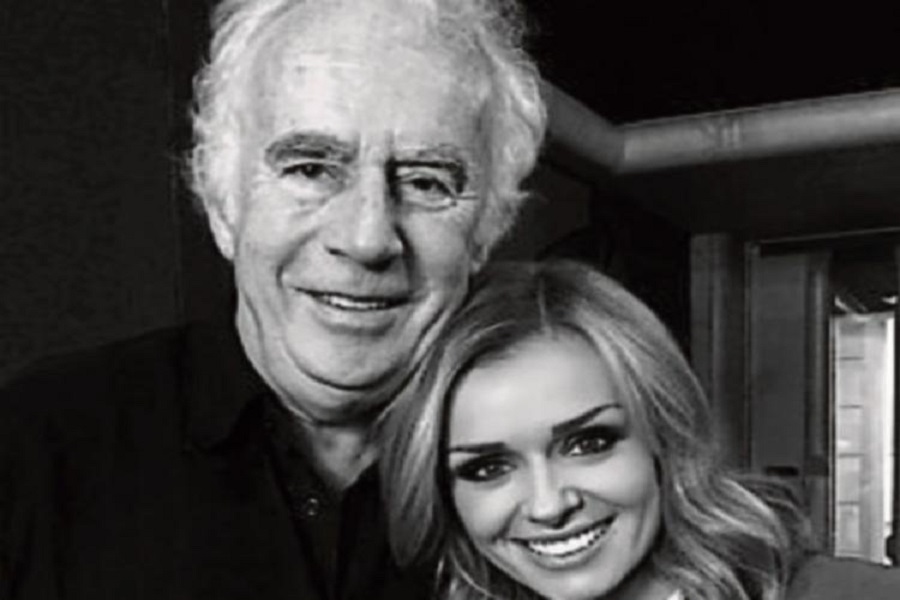 Katherine Jenkins’ new album will be released internationally on Decca on April 22nd. Released to coincide with Queen Elizabeth II’s 90th Birthday, ‘Celebration’ includes 8 newly recorded tracks including a stunning new composition “This Mother’s Heart”, a special version of ‘God Save The Queen’, and ‘Someone To Watch Over Me’ (most popular song in the year of the Queen’s birth). “This Mother’s Heart”, the lead track on the album was composed by Brendan Graham, composer of smash hit ‘You Raise Me Up’. As well as being dedicated to Queen Elizabeth II, the song is also a celebration of Katherine’s own new role as a mother to her baby daughter Aaliyah.

Talking to IMRO today Brendan outlines the background to how the track came about. “Katherine and producer Jon Cohen for Decca called me in to write the lyrics. Huge honour to be asked…and I also had the opportunity to attend at the recording in Air Studios in February which incidentally happened to coincide – the week of the Ireland vs Wales rugby game. Katherine wore a Welsh colours red dress…and I brought her an Irish team rugby ball!”

He continued, “I had the honour of YRMu being performed by Westlife for the special concert in the Convention Centre Dublin during the Queen’s historic State Visit to Ireland. So, when asked to write this lyric to celebrate her 90th Birthday, I couldn’t have been more happy to do so and in this very special commemorative year in Ireland, to musically reach back across the Irish Sea…and perhaps with this song, in a very small way to further the links between our two countries.”

Katherine presents this album in honour of the Queen’s 90th birthday this spring and will be playing a prominent part in the UK’s celebration of the Queen including a headline performance at the ITV Concert for the Queen’s Birthday on 15th May, which will be attended by the royal family.

Her 11th studio album includes a stunning rendition of David Bowies’ ‘Heroes’ plus best loved songs from her catalogue including ‘I Vow to Thee My Country’, ‘Jerusalem’ and ‘You’ll Never Walk Alone’ to create the ultimate celebration soundtrack.