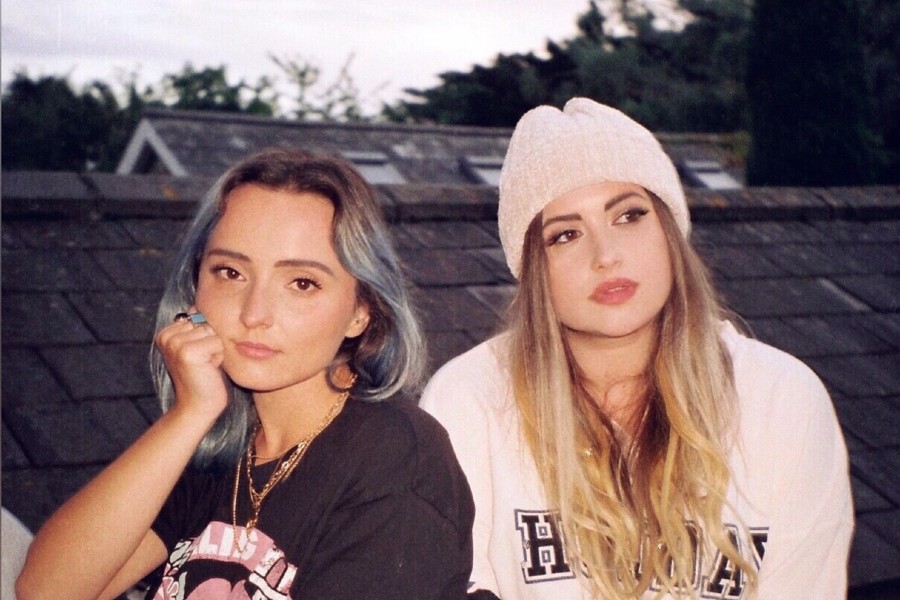 During a time of self-isolation, self-reflection is inevitable. You can often find yourself having time to sit with your thoughts. Set for release on November 6th, SIIGHTS’ new single ‘A Little Lonely’ tackles the complex emotions many of us are dealing with, reminding everyone that they’re not alone.

The Irish/Scottish Duo SIIGHTS are back with an emotive track following the release of their successful self-titled Debut EP on Lab records. As people are relying on music more and more to help get them through these challenging times, this song is the perfect reminder that it’s okay to feel lonely sometimes and that you’re not alone if you do. The duo wrote, recorded and produced the track themselves whilst in lockdown.

The track features a stripped back acoustic/Alt Pop production and explores the themes of nostalgia, isolation and hope. SIIGHTS have a unique ability to verbalise, such an honest vulnerability, part of the human experience – depicting a very relatable range of emotions that many are experiencing. In their own words SIIGHTS say, “The song is about having a moment of self reflection where you may be questioning things – looking for meaning in life, thinking back on all the experiences you’ve had that has brought you to this point. Acknowledging that feeling lonely sometimes is ok – that it’s part of being human.”

Toni further explains, “Mia came to me one day and started singing these lyrics she had written, I was literally speechless because even though we were spending all this time working together I actually hadn’t told Mia that I was struggling a bit with the lockdown and feeling pretty isolated, so I didn’t realise she had been feeling the same way. It’s ironic that you can be surrounded by people you care about and still feel lonely sometimes. It’s easy at times to distract yourself from these types of feelings but I think, especially with lockdown, a lot of people have been forced to face those realities and self-reflect.”

Mia adds, “We finished writing the song that day and I started the production on it, it was the hottest day of the year in Dublin, I will never forget how warm the studio was! We then had a friend of ours, James Kraussemix it. He’s an incredible mix engineer based in L.A. and has worked on tonnes of great artists like Alicia Keys and Beyonce. We are so happy with how it turned out. We came across a quote online a while ago that said, ‘It is only after a period of isolation and loneliness that the caterpillar gets its wings’ and that really sums up what this song is about. It is always darkest before the dawn and often our hardest times are setting us up for something amazing that is just around the corner. It’s so hard to see that when you’re in the thick of it, and I guess it goes to show you really gotta just check in on your people and make sure they’re okay. It’s strange times we’re living in right now and even the strongest people are bound to feel the effects of it. It’s human to feel these things and the irony of it is that a lot of us are experiencing it at the same time. Whatever you’re feeling its ok.”

SIIGHTS have already received support from: Scott Mills on BBC Radio 1, Elton John’s ‘Rocket Hour’ on Beats1, Kiss FM and The Chainsmokers. They have had 2 tracks charting in Ireland’s Top 10 Shazam chart for multiple weeks and Spotify’s Viral Top 50 (simultaneously). Having also written songs for artists like Mark McCabe & BEAUZ they have also firmly made their mark as breakthrough prolific & captivating songwriters.They have been compared to artists Sasha Sloan, Chelsea Cutler & Julia Michaels. The Duo released their Debut EP earlier this year on Lab Records with their single surpassing 10 million impacts at Irish Radio and ‘Blue Skies’ being their fastest streaming single to date. They were also included in Vevo’s emerging artists 2020 playlist with the official music video for ‘Blue Skies’, along with reaching No. 2 in the Music Week commercial chart. The Duo have been hot-tipped as the breaking artist to watch in the coming months by music publication Discover NU and have already been featured in the likes of Notion Magazine, EARMILK & Clash Magazine.