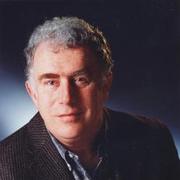 Irish songwriter and IMRO member, Brendan Graham has donated two of his songs, for the CD, FLOOD RELIEF – ARTISTS FOR THE FLOOD APPEAL, released this week by Sony Music, Australia.
Graham’s songs You Raise Me Up, sung by Australian artist, Mark Vincent, and Sometimes A Prayer Will do, sung by new discovery, 13-year old Queenslander, Straalen McCallum will line up with an array of Australian and International artists and songwriters, who have waived all royalties in an effort to help relieve the terrible distress caused by the Australian Floods.

Denis Handlin AM, Chairman and CEO of Sony Music (Aus & NZ), said in a statement “The effect of this tragedy and its terrible toll on life, families, communities and property has touched many people both here and around the globe," he said. "On behalf of Sony Music and the Sony Foundation, our thoughts and prayers are with those affected, and our immense gratitude goes to all the emergency service people and volunteers who have so generously given in this time of need.”
“We have been overwhelmed by the response by both local and international artists wanting to contribute to the cause and our thanks go to all those artists and songwriters for generously donating their tracks royalty free. We also thank Sony DADC Australia for kindly donating the CD manufacturing.”
Among those featured on the 3-CD album are contributions from Aussie artists including Midnight Oil, Jessica Mauboy, Guy Sebastian, Tommy Emmanuel, Lee Kernaghan and Crowded House, together with international artists such as P!nk, Keith Urban, Sting, Bon Jovi, Kings Of Leon, Beyonce, Billy Joel, Bruce Springsteen, Foo Fighters, John Mayer, Bob Dylan and Jeff Buckley.
In 2009, Sony Music’s Bushfire AID – Artists For the Bushfire Appeal CD sold over 110,000 copies to raise more than $1.7 million for the Salvation Army’s Victorian Bushfires Appeal
FLOOD RELIEF – Artists For The Flood Appeal aims to have similar success with proceeds from the sale of the CD going to the Salvation Army Flood Appeal – through the charitable arm of the Australian Sony Group of Companies, The Sony Foundation.
Of the inclusion of his two songs, the Mayo-based songwriter said ‘’It is a privelige to be asked to help even in the smallest way in a tragedy of such proportions as the Australian people are now suffering. We have all watched the TV footage. It is almost overwhelming to see the scale of devastation caused, and heartbreaking to witness… but the Aussies are a people of great spirit and community. They will rise together through this’’.
Donations can be made to the Queensland Government Flood Appeal on
http://www.qld.gov.au/floods/donate.html
Latest News