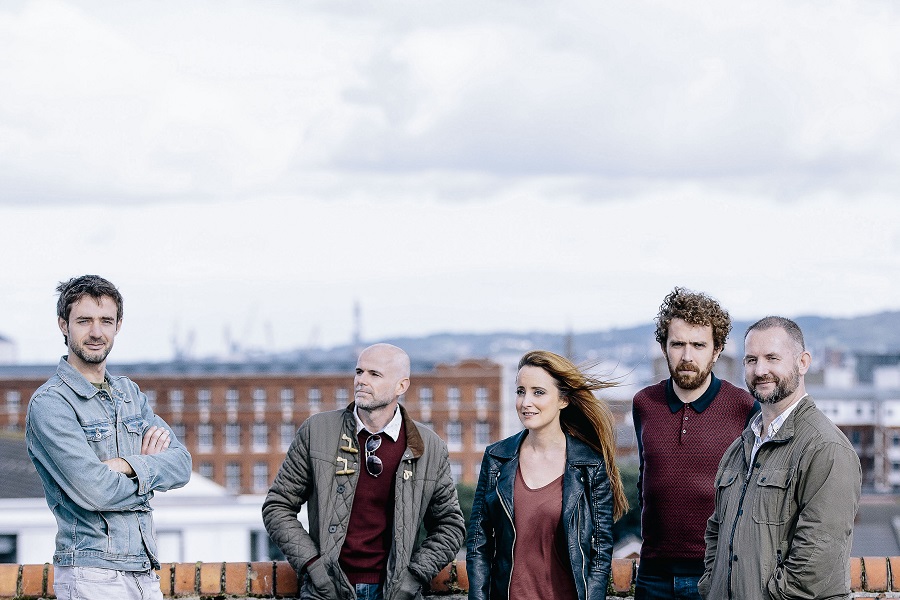 Beoga, who recently collaborated with Ed Sheeran will play in Paris Texas, Kilkenny City on Thursday 16th March as part of Kilkenny Tradfest

Wednesday 18th January 2017: Kilkenny Tradfest is delighted to reveal that Irish trad and folk band, ‘Beoga’, are coming back to Kilkenny to join the line-up for this year’s festival. The acclaimed Antrim based five-piece band, will make their debut performance at the festival with a special concert in Paris Texas in Kilkenny city centre on Thursday 16th March at 10pm. The event is free, but early arrival is advised.

Kilkenny Tradfest, takes place over the St Patrick’s Day weekend (16th – 19th March) and this year the festival will celebrate its 5th anniversary. Once again Kilkenny Tradfest will showcase and celebrate the best of Irish traditional and folk music in a variety of unique venues across Kilkenny city, and over the coming weeks the packed schedule, with something for all the family, will be revealed.

Beoga (gaelic for ‘lively’) are based in County Antrim, and have been together since 2002, when they were drawn together after ‘jamming’ in a ferocious session at the All-Ireland Fleadh. The bedrock of their sound lies firmly within the Irish tradition. However, they are not afraid to incorporate other genres’ into their music. From bluesy riffs to Astor Piazzola-style jazz, to a raunchy New Orleans jamboree vibe, their music always returns to a wonderfully bouncy Irish sound. The result is traditional, with a huge sense of fun and adventure and it all works wonderfully well.

Commenting, Malcolm Noonan, Kilkenny Tradfest Chairperson said, “We are thrilled to welcome Beoga to Kilkenny Tradfest 2017. Fans of traditional and folk music are in for a special treat with this five-piece sensation set to enthral those lucky enough to attend, with their glorious sound on Thursday 16th March. The event is free, and we expect there to be huge demand so we’re encouraging everyone to get there early. We at the festival have been followers of Beoga’s music for years, and they continue to blaze a pioneering trail, rewarding world music fans with fresh creative energy. Their recent collaboration with Ed Sheeran will no doubt send the band’s profile into orbit, and rightly so.”

The band, who have released six albums and played shows all over the world have received much critical acclaim globally, most recently however they made the headlines as a result of their collaboration with singer Ed Sheeran. The band joined Sheeran at Decoy studios in Suffolk last June to record two tracks, one about Galway and one about Wexford, where Ed has strong family roots.

Beoga have been inundated with questions about the collaboration with Ed Sheeran but the band insist they have been sworn to secrecy on his upcoming third album ‘Divide’. Fiddle player and vocalist Niamh Dunne, who hails from Limerick said, “We did two songs with Ed but I can’t tell you anymore! I’m sworn to secrecy! We did one song when we got there that he hadn’t written so the whole thing was very natural really. I’d say the songs are folky.” she added. According to Bodhrán player Eamon Murray the opportunity to record came about quite organically “Our pal and fellow Northerner, Foy Vance is on Ed Sheeran’s record label and they’d been listening to a couple of our tracks on tour. When it came to making a new album, Ed himself reached out and asked if we’d like to be involved, and we said aye!”

Beoga will play Kilkenny Tradfest on Thursday 16th March at 10pm, and fans will be treated to a range of their music, including songs from their most recent album, Before We Change Our Mind. Released in 2016, Before We Change Our Mind is the band’s 5th studio album and has positioned them at the arc of Irish traditional music’s new wave. Under the stewardship of producer Michael Keeney (Foy Vance & Ed Sheeran, Lisa Hannigan & Bonnie Rait), recording was undertaken with live takes where possible, resulting in a refreshing and ebullient feel, whilst losing none of the polish or veracity of previous efforts.

Over the coming weeks more acts and performers will be announced as part of the Kilkenny Tradfest’s eagerly anticipated line-up, information on tickets etc. can be found at www.kilkennytradfest.com. Announced last week, Singer, Songwriter and Instrumentalist, Paul Brady will headline this year’s festival.