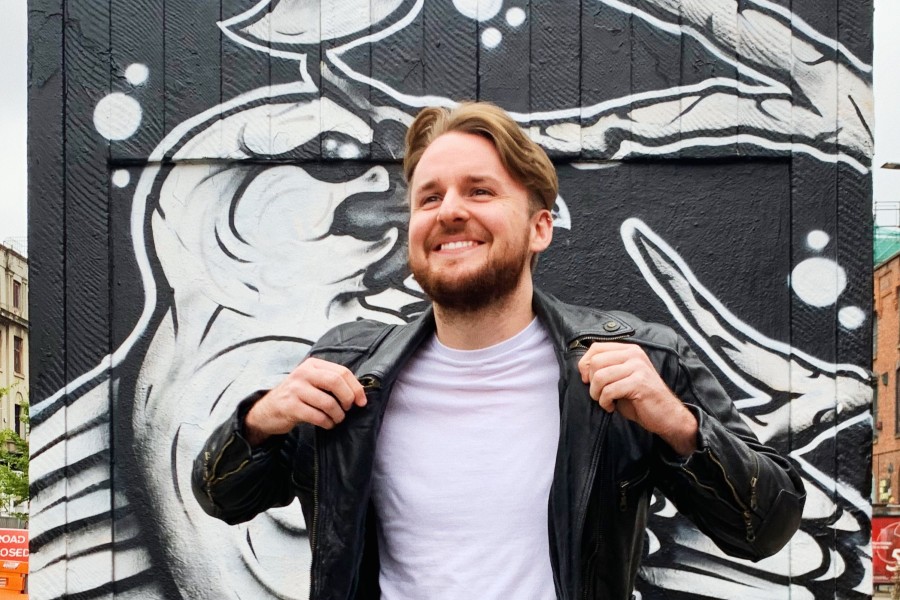 Mikey James is composed of Welsh frontman Mikey Warren and Irish songwriter-producer Tom Bennett.  The pair have been writing and releasing songs together for the past two years and their music is generating a buzz in queer music spheres. They have been championed by the likes of The Q Review and Boldgray, and have featured prominently in their playlists alongside the likes of Jake Shears and Melanie C. The duo have performed live in venues across London including Halfway To Heaven and The Fighting Cocks, and a string of digital Pride events over the summer.

“You’re the centre of attention, I can’t help but stare…

At your sexy little T-Shirt, and your beach-blond hair!”

Mikey and Tom met while both working as psychiatric doctors for the NHS. Their first single ‘My Heart Can’t’, coincided with Mikey’s decision to leave the medical field. Subsequent releases include ‘Figure U Out’, ‘Sugar’ and fan-favourite ‘Avocado’.

Now the pair are ready to take things up a notch and are excited to be collaborating on this next release with up-and-coming rap-star Doug Thee Savage. Mikey says, “’Freak Tonight‘ is about embracing your flaws, approaching the hottest person in the club and asking them to dance. It’s super fun… and Doug nailed it!”

This is pop music at its most shameless, jubilant best.