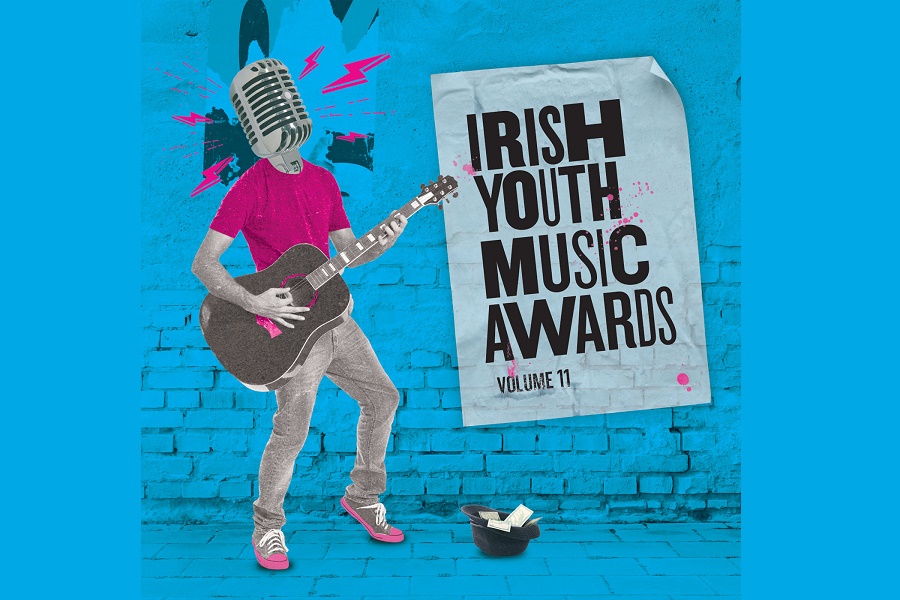 Youth Work Ireland’s Irish Youth Music Awards (IYMAs) is very excited to celebrate the release of IYMAs volume 11 which you can listen to or purchase here with tracks featured on this album from Youth Work Ireland Galway’s representing team, as they are the recipient region of the IYMAs programme for a third year in a row, along with Róise McHugh from Youth Action Northern Ireland Belfast who was selected as the IYMAs Lil Red songwriter award recipient.

This year IYMAs featured a special track dedicated to Sean Hughes (aka Lil Red) who was involved in the IYMAs for the last few years through his IYMAs hub in Finglas Youth Resource Centre and who passed away early this year. This track was recorded by his friends Newkind and features Beyond the Beat FYRC and is called ‘Friday Morning.’

This album was produced in Herbert Place Studios giving the young musicians the opportunity to follow in the footsteps of Muse, Kodaline and Hozier who finished a recording session there just before IYMAs Volume 11 was recorded. The album was mastered in Wav mastering who have worked with David Bowie, The Foo Fighters and Damien Rice.

Last year’s album stormed the charts entering at number three! To mark the album launch, an all ages concert in the Róisín Dubh in Galway with seven acts performing  was held on Sunday October 14th.