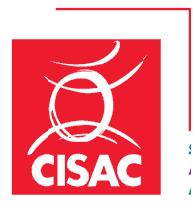 Officially incorporated as a London-based not-for-profit organisation in December 2010, the ISNI International Agency is helping media companies prepare for the International Standard Name Identifier (ISNI), a new standard which will streamline the way creative rights holders are referenced on the Internet.

The International Standard Name Identifier (ISNI – Draft ISO 27729) is an ISO certified global standard capable of easily identifying the millions of contributors to creative works, including writers, artists, creators, performers, researchers, producers, publishers and more. The ISNI International Agency, which will be responsible for ISNI’s administration and governance, was officially incorporated by its six founding members – CISAC (of which IMRO is a member), IFRRO, IPDA, ProQuest, OCLC and the Conference of European National Librarians (represented by Bibliothèque nationale de France and the British Library) – as a London-based not-for-profit organisation on December 22nd, 2010. The consortium members represent more than 300 rights management societies and 26,000 libraries worldwide. While the Agency creates the ISNI reference database – assigning ISNI identifiers to over 5 million names – and begins building a network of ISNI Registration Agencies, media and content companies are preparing to integrate ISNI into their operations.

“As digital formats come to dominate the entertainment landscape, a global standard that can identify all contributors to all cultural goods – whether they be artists, creators, producers, publishers – is key to an efficient legal marketplace,” said François-Xavier Nuttall, Corporate Director of the ISNI International Agency and Senior Technology Consultant for founding member CISAC.

Responding to this need, ISNI was developed under the auspices of the International Standard Organisation (ISO). The Agency’s six founding members – CISAC, IFRRO, IPDA, ProQuest, OCLC and the Conference of European National Librarians (represented by the Bibliothèque Nationale de France and the British Library) – reflect the groups that will benefit most from the standard’s integration by media companies, including creators, traditional and digital book/serial publishers, performers, libraries and other research/cataloguing specialists.