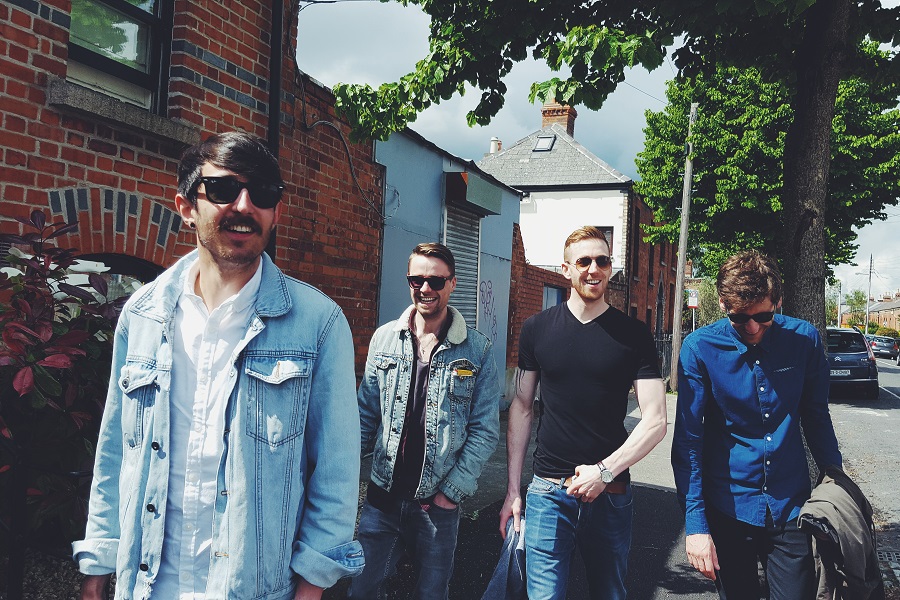 Ivy Nations have had quite the summer following the release of their single “Live By Design” last spring. Their single received national airplay, they dominated the Irish festival scene with performances at Sea Sessions, Indiependence and the main stage of Castlepalooza, their debut music video premiered on UK blog, London on the Inside, and they traveled to London for their first ever overseas headline show.

Now, partnered again with their producer, Phil Magee (Kodaline, The Script, The Blizzards), the Dublin-based dance rock group are taking no breaks and returning with their fourth single, “Sentimental Hearts”. As with their past singles, the instrumentals and lyrical content often reflect opposite emotions with the lyrics being much darker than the music itself may sound. “The song is about a boy who lives in his head, but craves the truth,” says lead singer and lyricist, Joe Kiernan, who often writes about other characters. “He dreams of past lives as a superhero; carving up the present, confronting his fears, and restoring his faith.”

“Sentimental Hearts” is available everywhere on September 29, and you can hear it performed live at Electric Picnic as Ivy Nations take the Play the Picnic stage on Saturday night.