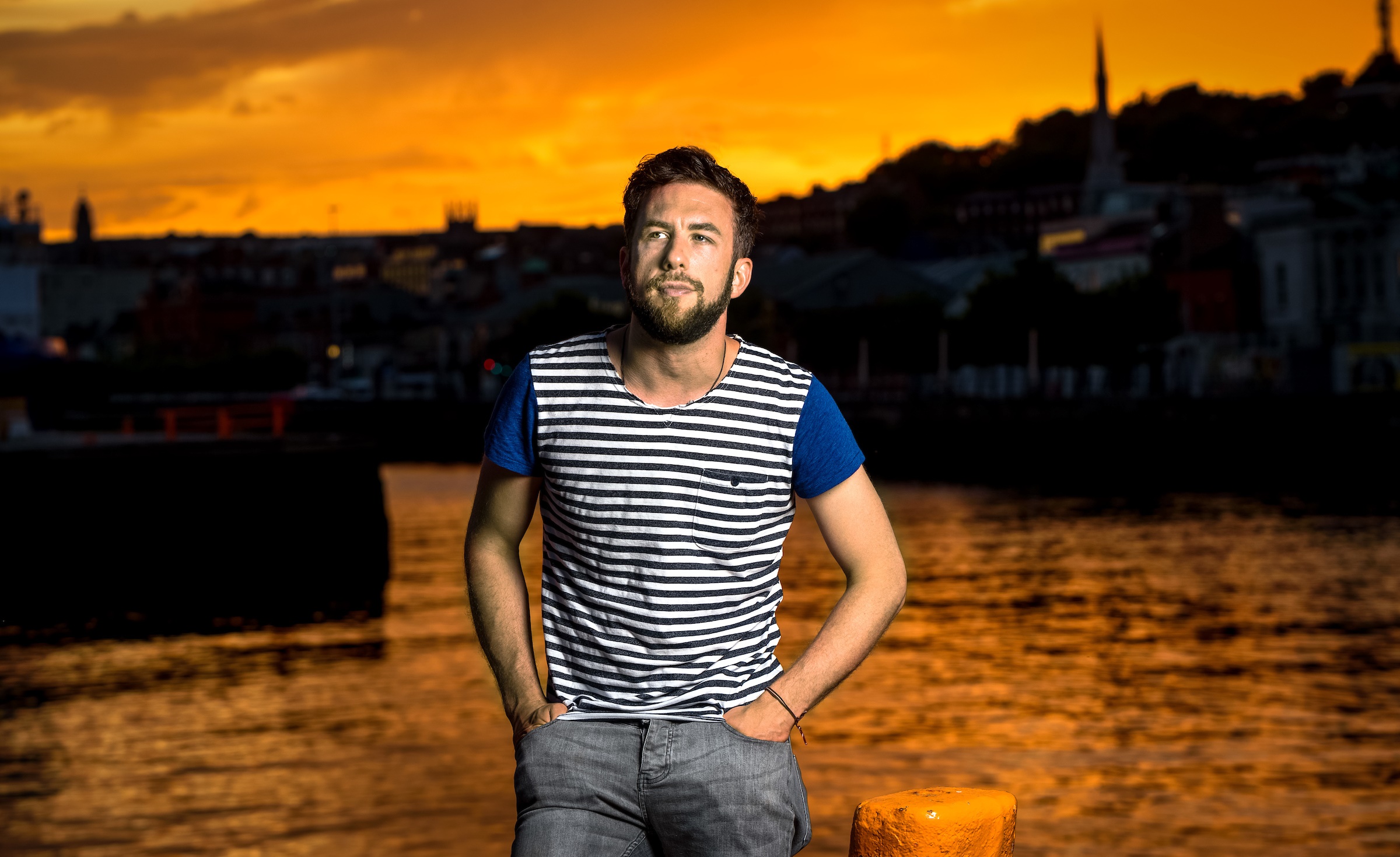 On his new EP and its lead track, ‘Myth’, songwriter Jack O’Rourke embarks on a new phase in his song writing. Not without a sense of drama, ‘Myth’ heralds the way for new experimentation, new soundscapes and new adventures. Maybe there is no one better than the songwriter to convey where he is at right now…

“Sitting in the Sin É in Cork, upstairs, beside the broken-down piano. That’s where I like to spend time on my own. I’m probably an extrovert, but I recharge on my own. They say your first album is your life until that point on record. I tend to agree with that. You must re-imagine, re-invent and re-discover. Create new myths, in a sense.

I’d like to have an idea of where a song is going. But it’s not always that way. There’s always an air of mystery. There could be harps, and trumpets, and all sudden, it’s costing you a fucking fortune and maybe, in there, the song gets lost. I like the abstract. If there’s a destination I’m going towards, I’ll probably go towards it in the most illogical way. I talk to people about this. I may not agree with them, they may not agree with me. But that’s ok.

I’m not sure if there’s a perfect song, but for me Lou Reed’s vocal on ‘Perfect Day’ is the most exquisitely perfect take. It has that beautiful, majestic, operatic feeling. Sung with the wrong voice, maybe, but that’s why it works so well. I’d like to hear Robert Plant sing a song of mine someday. I think he can do so much with his voice, he can turn his hand vocally to practically anything. He sounds majestic. Also, Bjork, maybe with an Inuit choir. If they would ever consider such a thing of course.

While songwriters certainly deal in myth, the personal is impossible to avoid. I figured out I was a difficult guy to ask out. I don’t think my sexuality should be an issue, but it is. I think it’s going to take a few generations to be totally cool with who I am, with who we are. When you grow up in a society that’s trying to come to terms with only recently decriminalising homosexuality, the sense of shame that pervaded it, it creates a universe in your head that takes a while to move on from. I think anyone who’s queer or bi or trans can probably relate to that.

But it can lead to some very interesting dark insight and self-expression – I think the dam will burst in everyone. Anyone who carries something inside like that, it’s a very powerful force.

I’m terrible with money, such a stereotypical artist. I’m a nightmare to live with. I’m messy, and I can be a bit self-absorbed in terms with my habits and rituals. I live in an organised chaos, but it works for me. I can take drinking too far on occasion, for both fun and escapism. It’s important for me occasionally, to let go of stuff, and it’s a way of doing it. That and swimming.

Everything to this point has been lavender and mahogany in terms of my music, but I’m trying to take it to somewhere between chrome and minimalism. I hope that makes sense to someone. If it doesn’t that’s ok, we won’t fall out and we can still be friends.

I’m a sucker for melody and a good story, I always have been. A combination of classical training and being read to before bed. Whatever sonic universe I’m inhabiting or chasing, a sweeping melody and the lyric always takes precedent. That’s where I’m at, that’s what I’m about.”