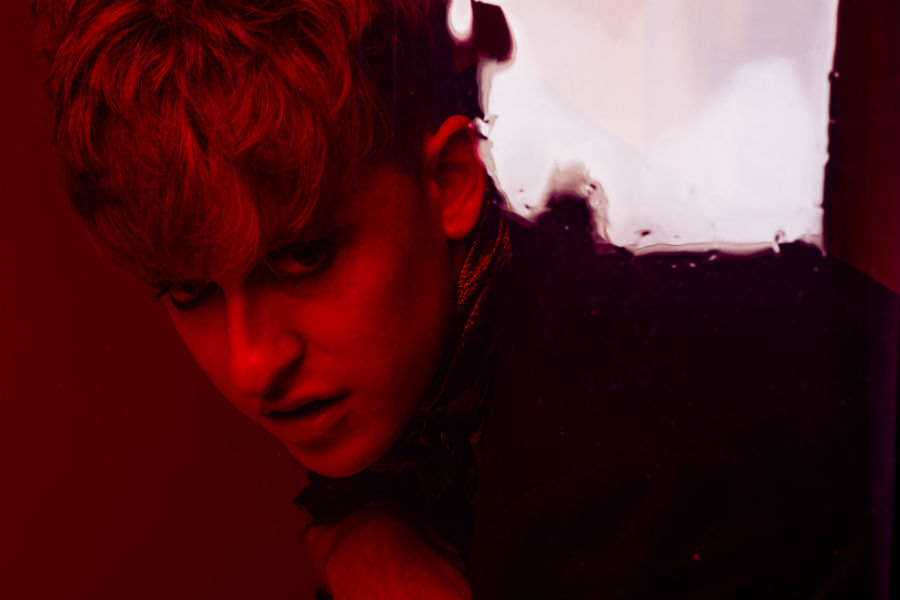 Innovative pop artist Jack Rua is proud to announce his arrival with the March 15th release of his debut single, ‘Scarlet A’. Produced by fellow BIMM Dublin alum tenderhook. and the nationally-lauded Michael Heffernan, ‘Scarlet A’ is dark, sexy and dangerous, harkening to the throbbing arid beats of the 1980s, while retaining a contemporary edge with addictive melodies and alluring vocals. With this release and its accompanying simple, yet visually beautiful video – inspired by the likes of Christine and the Queens and Perfume Genius – Jack Rua sets out to fill the void that exists on the Irish market for a queer dance-pop act who embraces theatricality and excess.

From the pulsating opening bassline to the lyrical content of seduction and adultery, ‘Scarlet A’ is a daring statement that establishes Jack’s intent to differ from the norm and delve into the concealed. ‘Scarlet A’ unapologetically questions the nature of human attraction and monogamy, whilst simultaneously evoking its listener to contemplate modern fascination with superficial things.

Stitched together from elements of glam, dance, folk and theatre, Jack Rua has developed a singular brand of music that can dance across the entire pop spectrum; at once emotionally confessional as well as aloof and enigmatic. Formerly known as Jackal, the David Bowie/Lady Gaga/Prince-influenced Dublin-native has teamed years of theatrical performance, with shows across Dublin (Vicar Street, The Academy, Whelan’s) and New York City (Bowery Electric, Uncle Charlies, The Duplex). A cultivated new act, Jack Rua is now proud to reinvent himself with the release of “Scarlet A”. With plans already in motion to collaborate with more prominent Irish artists, as well as the release of an EP in late 2019/early 2020, Jack Rua is carving a definitive space for himself, and beckons us to dance with him along the way.