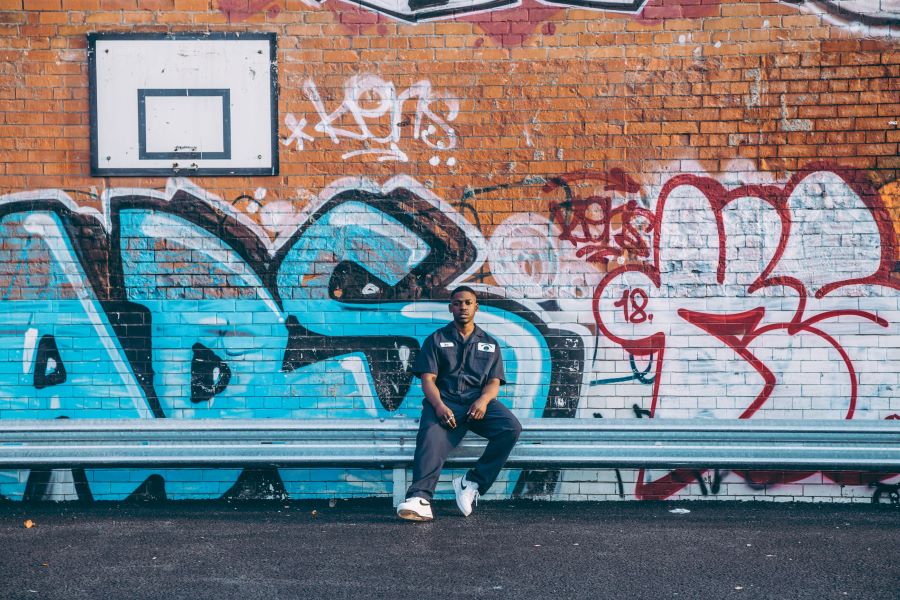 Following the release of his debut album ‘Stride’ in 2019, followed by a collaboration with Joy Crookes, ‘Glue ‘sees Jafaris return to the fore, seeking clarity and guidance following the end of a long-term relationship.

Powered by a four-beat bouncing motif throughout, the track represents, as Jafaris himself puts it, the connection between lovers that never truly dies even after the end of a relationship, “This song represents the connection her and I have always shared and to some degree still share now” Jafaris recognises. “She was basically my best friend, sister, mum, girlfriend all in one and we were inseparable throughout our relationship. Till it ended.”

The song began life in a typical studio session in Diffusion Lab, but hearing the opening chords struck a nerve for Jafaris and triggered him to let his emotions run free. “This one came naturally,” Jafaris admits, “but the chords really made me spill my heart out for some reason.”

The track has a similar energy and vivacity to some of Jafaris’s previous releases, including ‘Found My Feet’ and ‘Time’, but it differs greatly in the themes and subject it explores. “The structure is a bit more playful than most of my previous releases,” Jafaris admits, “but still understandable for the average listener I feel.”

‘Glue’ marks the start of the next phase of Jafaris’s already varied career. It’s a moment to look back and be thankful for all that has come before and remember those who have helped you along the way. With new music in the pipeline and his sights ﬁrmly set to the future, Jafaris is readying himself to take the next step into a whole new world.