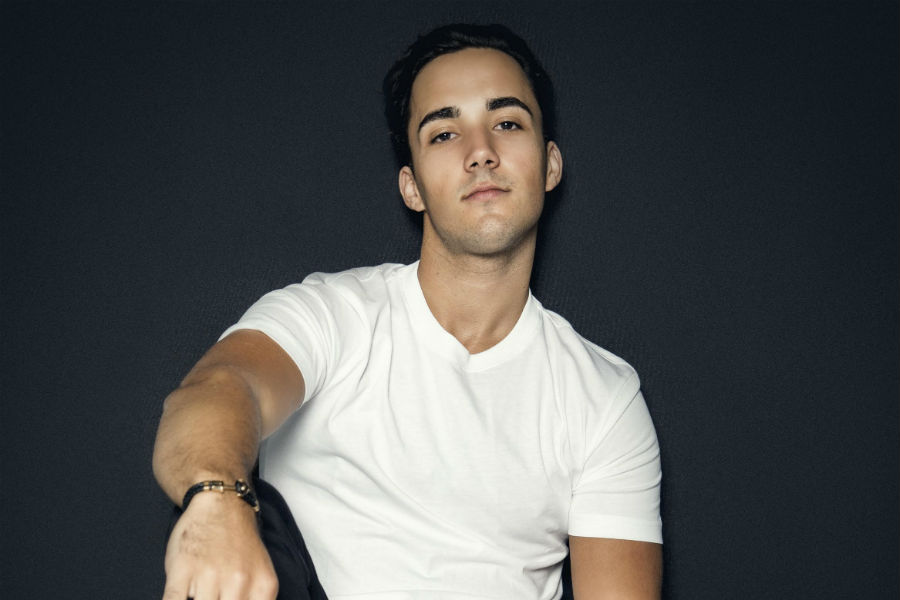 Carter is a name synonymous with pop music over the years. Jay-Z and Beyonce. Nick and Aaron. We all remember The Carter Twins in the mid-‘90s too, don’t we? It’s somewhat noticeable that musical Carters always seem to come in pairs.

With that in mind, it would be easy to attach pop purveyor Jake Carter to his older brother (and country music sensation) Nathan; however, Jake is trying to break the mould when it comes to the Carter duo tradition and forge his own path in the industry, beginning with the release of the Diffusion Lab-produced ‘I Won’t Be Leaving’.

The feel-good funk-pop track ‘I Won’t Be Leaving’, set for release on November 1st, is produced by Diffusion Lab’s Chris Bubenzer and Marcin Ciszczon, the team behind the likes of FLYNN, Jafaris, Soulé and Rushes and marks a new beginning in Jake Carter’s career.

Having previously admitted to feeling like he had lived in his brother’s shadow, the 21-year old is now seeking to firmly establish himself as a pop star in the mould of Olly Murs and Justin Timberlake and create music that reflects who he really is and not who people think he should be.

‘I Won’t Be Leaving’ is a real earworm with hints throughout of Shawn Mendes, Charlie Puth and Irish newcomers Wild Youth and was co-written with Dunboyne-based singer/songwriter Conor McQuaid in just one day at The Nucleus Studio in Dublin.

Speaking on the song’s origins, Carter says: “I had started in a new relationship a few months prior to writing the song and although the relationship was going extremely well, not everyone agreed or were happy with us being together. Not every relationship is perfect and suits other people’s beliefs and thoughts of what is right, but if you’re happy then you should fight for what you want and don’t leave without it.”

Diffusion Lab’s Marcin Ciszczon said they aimed to give the song a “bit of a modern disco vibe” to complement Jake’s vocal style via a series of “funky and tasty bass lines, punchy production and the infectious hooks” with which DFL has become synonymous.

Chris Bubenzer, meanwhile, said there was an “instant connection” when the group started working together, “It was a fun and easy process. I’m pretty sure people will have that chorus stuck in their heads for weeks to come.”

Jake has set strong foundations thanks to his win on Dancing With The Stars in 2018 and performances in a number of Christmas pantos including his role this year as Prince Charming in The Cheerios Panto Cinderella at the fabulous PantoDome at the Royal Hospital Kilmainham. His latest single ‘Supernatural’, released in March, has recently passed the 10,000 streams mark, meaning he has over 315k total streams on Spotify as well as 310k views on his YouTube channel.

Combine that with appearances on The Ray D’Arcy Show and The Late Late Show, shows at Vicar Street and Cork Opera House as well as radio slots on Today FM, 2FM, Spin1038 and more, Jake Carter, who has plenty more songs in the pipeline, looks set to build upon the success he’s had so far and make a name for himself in the music industry.

‘I WON’T BE LEAVING’ OUT NOVEMBER 1ST