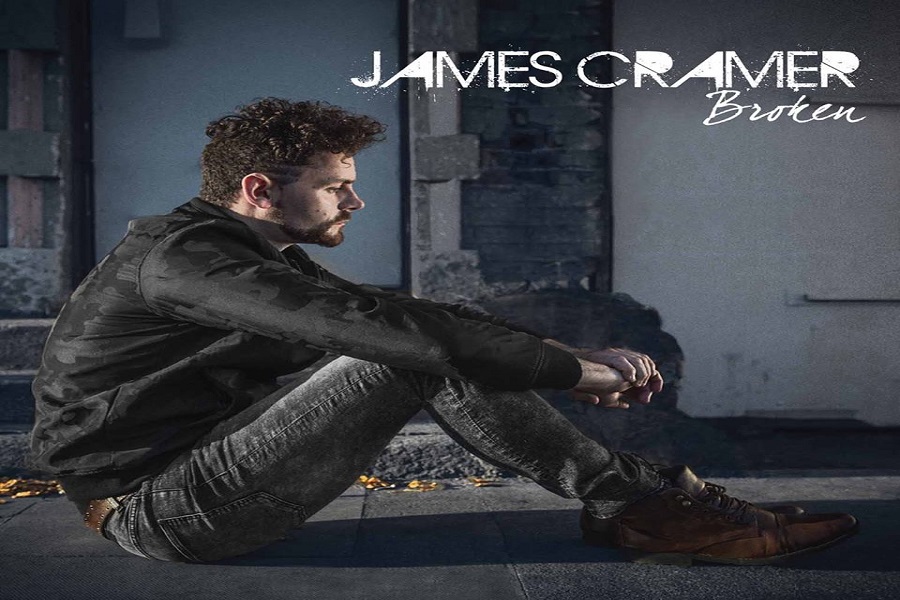 ‘BROKEN’ is the beautiful follow up to spring 2016’s ‘My World Again’, the debut solo single

Following a hectic summer with his alt folk band, Tupelo, James Cramer is now ready to bring us his new single, BROKEN. The new single, released on Friday 21st October is the follow up to James’ debut solo record, ‘My World Again’ released last spring and entered Top 5 in the itunes singles chart.
Filmed in Cauldron Studios Dublin, the video was directed by David Montuy

BROKEN, is again a piano and percussive led track. Quietly approaching in its style, but quickly addictive.
A limited number of live performances are being planned to follow the release of BROKEN, a taster of James’s beautiful solo live sound. The lyrics in this track while appearing quite literal are not related to any particular situation of conflict, but rather are metaphorical. The video was shot to the Cauldron Studios in Dublin, a location that is quickly turning into a home from home for James, and rightly so it’s a perfect spot in the north inner city.

Both BROKEN, and the debut single My World Again are taken from James’ debut solo EP, which is expected to land spring 2017.

Similarly to Spring 2016’s ‘My World Again’, BROKEN also conveys an almost reserved side of James, who has primarily written in a different style and genre for his band work.
Investigating this side of his song writing craft has been in James’s plan for some time. In many ways it’s a dream come through that his solo material is now in the public domain.

In addition to this solo project James already has a successful career with acclaimed alt-folk band Tupelo. The band has a very successful recording and live career, especially in Europe and the USA where the band spent most of this summer for festival season.

James debut single from spring of this year, ‘My World Again’ is confirmed to feature in Canadian TV show called Hello Goodbye on the CBC network. The tx time frame in Canada is the end of October (this year!)