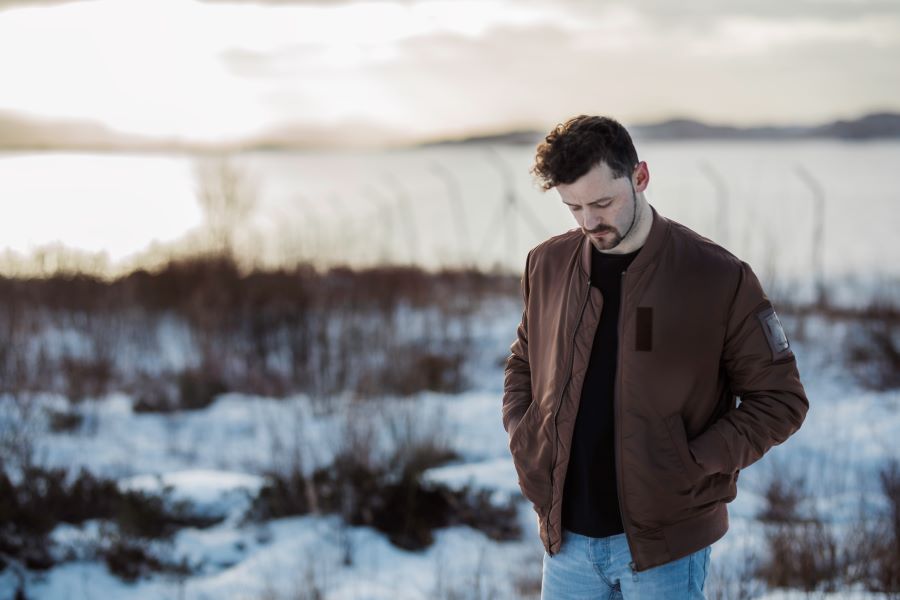 Multi-instrumentalist performer and songwriter James Cramer has been co-writing with some of Ireland’s chart toppers for many years, including Hermitage Green, Luan Parle and Eleanor McEvoy.

As diverse a musician as he is talented, James’ solo music has already captured attention including ‘My World Again’, with it’s impacting honest recital and piano led refrain, which featured in Canadian reality TV series ‘Hello Goodbye’. Another of James’ songs, ‘The Road To Kinawley’, will feature in the BBC television adaptation of Irish author Sally Rooney’s Man Booker Prize-shortlisted book, ‘Normal People’, directed by Lenny Abrahamson.

‘Simple Man’, the first single to be taken from James’ debut solo album (to be released later this year) sees him channel all of his skills into this big, bold, soulful pop song.

After teaming up with Norwegian producer Eirik Molnes Husabø, James flew to his studio in Norway to record ‘Simple Man’.

James Cramer says: “I wrote this song on the piano and then we finalised it in the studio. Between myself and Eirik we played all the parts because I wanted his musical input too. We got into the studio in Norway and we were just jumping at it! He played bass and piano, then I played guitar, then he played drums and I played percussion… we’re two very like-minded musicians and it was a great way to work.”

James’ prowess on multiple instruments is perhaps even more impressive considering he is almost entirely self-taught. In his own words he ‘never took to teachers’ and ‘just found his way around the instruments’.

James says: “I’ve been navigating my whole life this way. I grew up in Cabra (Dublin) and my grandmother bought me an old upright piano when I was a kid. My parents didn’t have any money so my Nana had been working as a cleaner and chipping money off this piano every week to buy it for me.  I took a few piano lessons but never really liked being told what to do so I found my way around it and taught myself. Then I moved on to other instruments.”

‘Simple Man’ by James Cramer is out now on Bohemia Records.