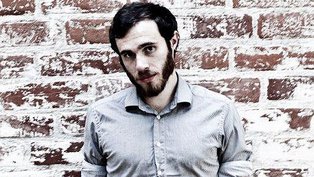 James Vincent McMorrow has been confirmed as a special guest on the eighth and final episode in the current series of ‘Later…With Jools Holland’. McMorrow will form part of a stellar line-up, which also features Friendly Fires, Blondie, Yuck and Beverley Knight. The show will broadcast live on Tuesday May 24 (10pm, BBC2) before airing in full on Friday May 27 (11.50pm, BBC2).

James will perform songs from his acclaimed debut album, ‘Early In The Morning’, which recently went Gold in Ireland.  He has since gone on to tour the UK, America and Europe, sell out two London shows (St Pancras Church, the ICA) and recently saw round-the-block queues for his stunning appearance at Great Escape Festival.  James will also play key spots at Glastonbury’s Park Stage (June 26), Cambridge Folk Festival (July 28) and Camp Bestival (July 29).  James returns for dates in US and also supports Arcade Fire at Montreux Jazz Festival in Canada. More will be announced shortly: in the meantime, James will release a brand new single, the stirring ‘Sparrow & The Wolf’, on June 24th

Early in the Morning is out now.